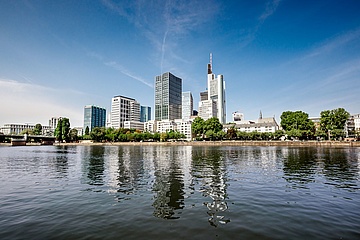 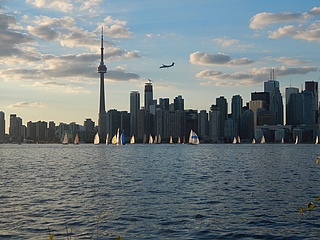 A great skyline, a colorful, cosmopolitan city with residents from all over the world, a diverse cultural offering with first-class museums, prestigious theaters and a green recreation area by the water - all this stands for Frankfurt. But also for the Canadian city of Toronto, which has been Frankfurt am Main's twin city for 30 years. To celebrate this anniversary and at the same time put the twinning on a new footing, a delegation around Lord Mayor Peter Feldmann travelled to Canada for a few days.

During the visit to Frankfurt's twinned city, about which we have presented you a special HERE, an exchange about the economic and socio-political challenges of Toronto as well as a meeting with Mayor John Tory and the signing of the new City Friendship Declaration were on the agenda.

Mayor Mayor Feldmann stressed the importance of the "Toronto Resilience Strategy" against the background of the growing challenges of both cities with regard to population growth, housing, education, environmental protection and climate: "It is currently challenging for city administrations to transform unchecked urban growth into productivity," said Feldmann. "The exchange of knowledge and experience is at the heart of this long-standing town twinning. Especially since Toronto is by far Canada's largest academic and scientific center. In addition to the four public universities, more than 100,000 employees work in a total of 1400 educational institutions.

Both metropolises see the diversity and variety of local companies as central levers and prerequisites for their dynamism, stability and economic prosperity. But tourism is also an important mainstay for both Frankfurt and Toronto. In 2018, more than ten million tourists visited the Main metropolis for the first time. "In 2017, over 43.7 million tourists from all over the world came to Toronto. 15.5 million of them stayed overnight, the remaining 28.2 million were day tourists. Together, they spent $8.8 billion," said Toronto Mayor John Tory.

Frankfurt's Lord Mayor and his counterpart signed a joint declaration on the occasion of the 30th anniversary as a symbol of the close ties between the two metropolises. Feldmann thanked his counterpart for Canada's initiative on the occasion of the anniversary and highlighted exemplary new partnership projects in his speech. These include the academic exchange between the University of Toronto and the Frankfurt Carl-Schurz-Schule, supported by the NGO "Maximum City", and the long-standing cooperation between Goethe University and the University of Toronto as well as the Frankfurt University of Applied Sciences with Ryerson University.

At the end of his speech, Feldmann recalled the unveiling of the wall painting by the Frankfurt graffiti artist Justus Becker on Sunday, September 15. Becker alias COR is a renowned street art artist from the Main metropolis. The wall painting justifies the beginning of a street art exchange between the twin cities. The exchange is to be continued during the Frankfurt Book Fair next year. Feldmann also did not leave unmentioned the photo exhibition of the Frankfurt photographer "DiverCity FFM". The exhibition focuses on Frankfurt's cultural and religious diversity in an open and peaceful coexistence.

The city partnership between Frankfurt and Toronto has existed for 30 years. Clearly visible signs of the functioning partnership are, above all, the student exchange with the University of Toronto Schools and NGO Maximum City, which has taken place annually in rotation since 2017, and the project weeks on the subject of urban development. In the field of university partnerships, the Goethe University cooperates with the University of Toronto and the Frankfurt University of Applied Sciences with Ryerson University. There was also a Sister Cities conference in Toronto and an exchange of experience between the planning and environmental departments. This year Toronto already welcomed a delegation from Frankfurt's creative industries on a trip to the Toronto International Film Festival.