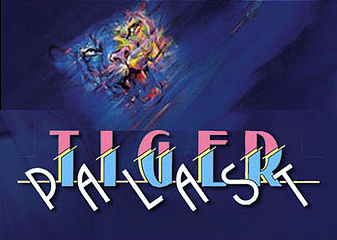 A reason to celebrate together and to say "thank you"!

Frankfurt without the Tigerpalast? That's actually unthinkable. Because the Variet&eacute; Theater is a real institution in the city. Why this is so, <link https: www.frankfurt-tipp.de freizeit s der-tigerpalast-eine-frankfurter-institution.html _blank>we have told you HERE in our leisure tips. This year the Tigerpalast starts into its 30th season. A more than respectable anniversary in a cultural scene dominated by constant change. And this very special anniversary wants to celebrate the Tigerpalast not only alone. And that is why, as part of the anniversary season, it is inviting the Abenteuerspielplatz Riederwald e.V., an institution that has existed in Frankfurt for just as long as the Tigerpalast, to two special performances for children and their families. The participants for the two special performances in the Variet&eacute;-Theater are drawn by lot via a raffle of the adventure playground.

As a cultural component of the city of Frankfurt, the Tigerpalast would like to support other Frankfurt institutions and introduce children to regional culture. The Riederwald Adventure Playground and the Tigerpalast have long supported each other in this endeavor. The Tigerpalast would like to thank for the support and will therefore, in addition to the two special performances, hand over a donation of a total of &euro; 5,000.00 to the adventure playground, which could be used to purchase a new playmobile for childcare.

"Let yourself be enchanted, feel good and enjoy with all your senses" - that's what the Tigerpalast, Germany's leading Variet&eacute; Theater, has stood for now for 29 years. Under this motto, Johnny Klinke, Margareta Dillinger and the unforgettable cabaret artist Matthias Beltz opened the first international Variet&eacute; of today in the middle of downtown Frankfurt on September 30, 1988. Completely surprising for the experts and the enthusiastic metropolitan audience, the renaissance of the legendary Variet&eacute;arts succeeded in Frankfurt am Main of all places. The FAZ even crowned the Tigerpalast on its 20th anniversary as the outstanding Variet&eacute; theatre in Europe. The fascination of live entertainment with live orchestra and the best artists from around the world make a visit to the Tigerpalast so special. The artists thrill the guests every evening with chansons, cabaret, acrobatics, juggling, dance and much more. But it is not only the artistic entertainment on the stage of the Tigerpalast that makes it so successful. Also the gastronomic concept, of tiger palace manager Robert Mangold, with the tiger Gourmetrestaurant and the palace bar restaurant round the attendance off in the tiger palace perfectly. The Tiger gourmet restaurant has been crowned with a Michelin star since 1997 and in November 2013 succeeded with the 2nd star the jump into the royal class. In the traditional cellar vault of the palace bar restaurant, good taste also triumphs: an atmospheric ambience in which uncomplicated, fine menus and light dishes from a classic repertoire based on fresh products and sophisticated recipes are served.