A flight in the legendary Goodyear airship
from FFM Aktuell 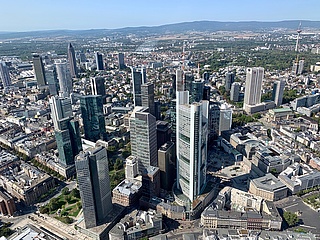 You see airplanes over our beautiful Main metropolis every day. An airship you get to see rather rarely.
However, if you took a look at the sky above Frankfurt last weekend, you might have spotted the famous Goodyear airship there.
After almost a decade, one of them has been flying around Europe again since the middle of the year and has now been making its rounds for several days for several hours at a time at a height of around 300 meters - and thus just above Frankfurt's skyscrapers.
We were on board and captured our beloved city for you from new, breathtaking perspectives.

The current Goodyear-branded airship is a Zeppelin NT (NT = New Technology) operated by Deutsche Zeppelin-Reederei GmbH, based in Friedrichshafen. It marks the latest chapter in an almost century-long cooperation between Goodyear and Zeppelin. At 75 meters long - roughly the length of three quarters of a football field - and 18 meters high, it is currently the world's largest semi-rigid airship. As Goodyear's brand ambassador, the zeppelin, also known internally as the "Blimp", will provide spectacular aerial shots at various racing events in Europe. In addition, it will be used for tourist flights in Germany.

In the USA, where Goodyear operates three other airships of the same type, the impressive flying vehicles are seen more frequently in the sky. In particular, they are regularly used at major sporting events, such as NASCAR races, NBA basketball games or the American golf tournament series PGA. In Europe, the Goodyear blimps also have a long tradition, but have not been in Europe since 2012 - until the current round flights this year.

Following the passenger flights here in Frankfurt and previously in Bonn, the Goodyear blimp's next stops will be the 24-hour race in Le Mans, the WTCR at the Nürburgring, Bonn again and most recently Munich. When it will visit our Main metropolis next is not yet known.

We hope to be able to put you off until then with some photos and video clips of the fascinating zeppelin flight. You can also find more picture or clip material on our Facebook- and Instagram channels. 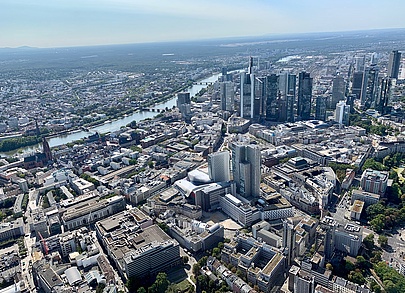 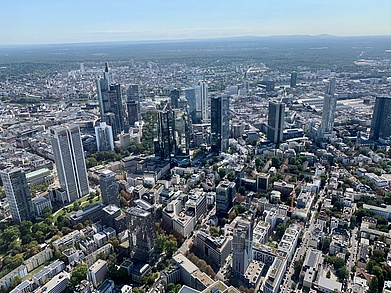 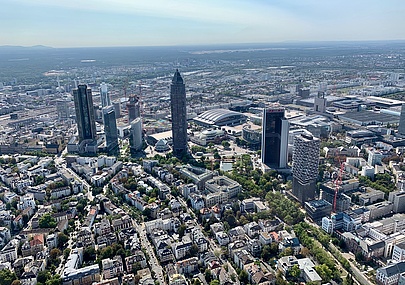 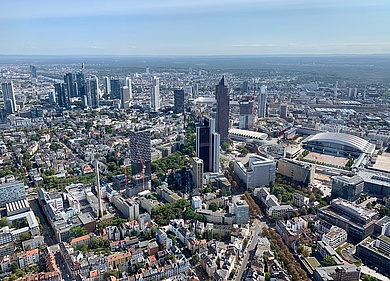 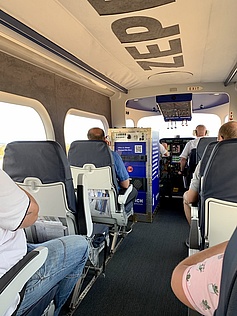