A partner for singles: Single moves
from FFM Aktuell 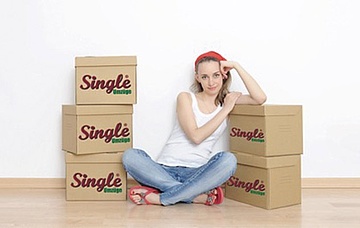 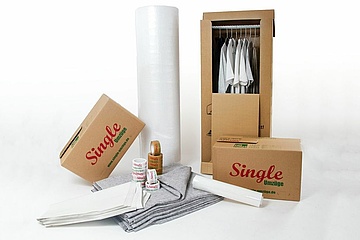 More and more people in Germany live alone - more than 40 percent live in a single-person household, and the trend is rising. Bare figures that gave Ülgen Elverisli an idea ten years ago. At that time, the entrepreneur was working as a sales representative for the distribution of furniture and in 2005 he began to take on additional deliveries on his own account with his own smaller vehicle. In the process, he often noticed the burden that people living alone had to bear when moving house - for them, a removal company was not worth it, according to the many justifications. He was determined to change that - and he was finally able to move small households directly with his own car. After a few market tests, his suspicions were confirmed: the need for support among singles was huge - and the established service providers had completely neglected this target group until then. The path to self-employment was thus decided: Elverisli founded the moving company Single Umzüge. "At the beginning, I was often ridiculed - my friends joked that I only wanted to meet single women during the removals. But I was soon able to convince them of my idea," he smiles.

Depending on the job, the 14-strong team takes care of packing, loading, transporting all removal goods and furnishing in the new home. 90 m&sup2; are the average size of the homes the team moves. The customers themselves are very diverse and from all age groups. So are the reasons for moving: a new job, a new love, breakups, deaths. "Our goal is to make moving as easy and as pleasant as possible for customers." Cost transparency is at the very top of the list. The company doesn't work with aggressive fixed prices, but sets itself apart from black sheep in the industry with a realistic price estimate. And this happens before the removal helpers arrive to carry the boxes down the corridors: "We first arrange on-site inspections to get an exact picture of the work involved. Thanks to our experience, we can estimate this well - sometimes we even finish a little earlier than planned," the contractor explains. "Most of our customers are well prepared, but of course there are always exceptions. Then often the effort of packing was underestimated or the customers suddenly remember how many things are still stored in the basement compartment." Many of Single Umzüge's customers are already regulars - one single customer holds the record here: he has already hired the team a whole twelve times.

Do customers have to be single, we wonder? "No," grins Elverisli - it's probably not the first time he's heard this question. "We also move family homes, offices, law firms and practices - and now also bulky items such as pianos, safes or gun cabinets."

To ensure that an upcoming move goes as smoothly as possible, Elverisli advises selecting service providers regionally and comparing them with each other. Indicators for the seriousness are for example the acknowledgment as AMÖ specialized enterprise of the Federal association furniture forwarding business and logistics. Holders of this certificate undertake to meet the quality standards set by the association in their work. If you are planning to live in your new four walls, it is best to store all items, including decorative items, in cardboard boxes. Plants can travel well in shopping baskets. "Many people tend to neglect small things when packing. That then takes revenge on moving day, because everything that's standing around individually also has to be loaded somehow."

Elverisli would like to continue to grow with his single moves: "At some point, to accompany moves to locations all over Germany, that would be my dream." A new milestone will be reached in mid-November. From that day on, a new storage area will be available to customers. Be it to store beloved belongings, inherited antiques, outdoor furniture of the gastronomy over the winter months or furniture due to water damage.