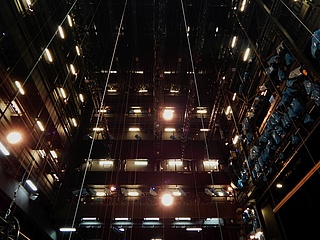 The fact that the future of the Schauspiel and the Oper is uncertain is something everyone should have noticed by now. In their current form, the houses are allowed to maintain operations until 2021 at the most, for fire safety reasons alone. It is not yet clear what will happen after that: Should the building be renovated, should it be torn down and rebuilt on the same site, or should there be a new building at a different location? A feasibility study prepared at great expense has at least already indicated the options that are now available for selection and which will have to be discussed in detail in the coming months and years.

To give an impression of what stood and what all has to be included in the decision-making process, the Schauspiel and the Oper invited the public to a press tour. Not only the complexity as well as the long and fascinating history of the houses became clear. The dimensions of what would have to be changed here in the course of a renovation or a new building also became apparent, at least to some extent. For example, a look at the rooms available to the musicians for playing in their instruments or for changing clothes. In the confined space and without daylight, the musicians have hardly any room to breathe. It is all too understandable that they are the ones calling for a change. Also, the way to the orchestra pit is not barrier-free and leads up several flights of stairs. Especially with large, heavy instruments, this is not only bad for the instruments, but also for the staff who have to carry and lift them.

Fire protection is one of the very big problems that the municipal stages have to tackle. The unfulfilled conditions are currently only tolerated, because yes, a change - in whatever form - has already been set in motion by the feasibility study. The actually exhausted capacities of the house in its present form alone make it difficult to implement all the conditions. For example, a lot of material, including some made of wood, is stored in the large space under the opera's huge stage. During the season, costumes are also added. This must change in the future - but there is still not enough storage space. The same applies to the cooling system. The existing space for the large system has long since been insufficient to meet the needs of the opera and theatre. One alternative would be the roof, which would be structurally feasible. But, of course, this would also involve enormous reconstruction work.

But it is also a fact that renovation or new construction would not only incur enormous costs, but could also save money in the long term. For example, an energy-efficient building could save 700,000-800,000 euros in energy costs annually. And if, for example, rehearsal stages and artists' apartments, for which properties are currently rented, were to be integrated into the new building, rental costs in the annual millions would also be eliminated. These are just two examples of the fact that, in addition to many expenses, there are also many future savings opportunities that absolutely must be included in the decision-making process.

Whether in the orchestra pit, on the large opera stage or the smaller stage of the Kammerspiele, whether in the catacombs in the basement of the house or in the narrow areas under the stage - everywhere it becomes clear how much needs to change here. But it also becomes very comprehensible why all the employees are attached to this double building and why there is really no alternative to this particular location - even if the decision is ultimately made in favour of a new building. The municipal theatres are an important part of Frankfurt's cultural scene and this should of course remain so in the future. We will, of course, continue to follow the topic with interest in the future and will continue to provide you with all the news. 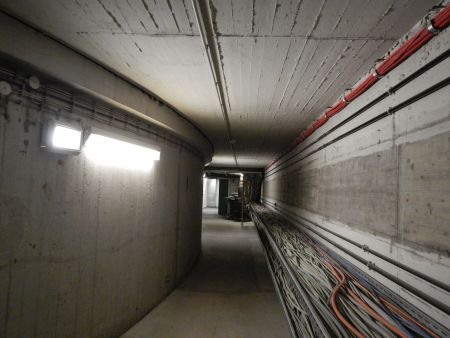