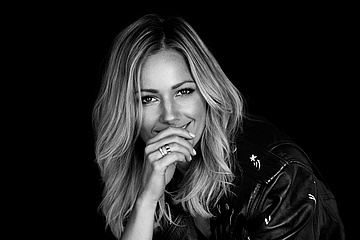 The most important information about the concert of Helene Fischer on Friday evening in the Commerzbank Arena with the schedule, standionplan and safety instructions we had already compiled HERE. But now there are still a few small updates, about which we want to keep you in any case still up to date:

There are still some remaining tickets available for the almost sold out concert. You can get them today from 17:30 at the box office directly at the stadium.

SUPPLEMENTARY TRAINS OF THE RMV

The RMV will use some special trains before and after the concert, so that you all really come home safely. The additional offer looks like this:

Before the start of the concert, the RE70 trains from Frankfurt Hauptbahnhof to Mannheim Hauptbahnhof will make additional stops in Frankfurt Stadion at 17.12, 18.12, 19.12 and 20.12.

In addition, two trains of the RE70 in the opposite direction (departure 19.14 and 20.14 in Riedstadt-Goddelau) additionally stop in Frankfurt Stadion.

After the end of the concert, the RE70 train from Frankfurt Hauptbahnhof (departure 0.12 hrs) with onward journey to Mannheim Hauptbahnhof additionally stops at Frankfurt Stadion.

After the end of the concert, an additional train of line S7 departs from Frankfurt Hauptbahnhof (0.27) to Riedstadt-Goddelau (arrival 1.03).

After the end of the concert, an additional train of line S1 departs at 0.33 h from Frankfurt Hauptbahnhof to Rödermark-Ober Roden (arrival 1.18 h).

After concerts, one additional train runs from Frankfurt Stadium to Giessen at 0.05.

You can find more info about the S-Bahn offer HERE