After the Easter holidays: This is how it should continue in schools and daycare centers in Hesse - UPDATE
from FFM Aktuell 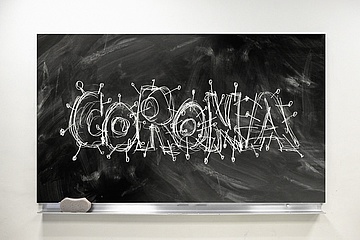 Attention: Due to the further increasing incidence, more counties could also be affected by such regulations in the short term. We will then update this article accordingly.

Original article from 13.04.2021: This coming Monday, school starts again in Hesse. But how should it continue? Is presence instruction possible? Or nevertheless change instruction? Or yet complete distance learning? And what about the Kitas? The Hessian Corona Cabinet discussed this today. Minister President Volker Bouffier and Minister of Education Alexander Lorz explained the results of these consultations at a joint press conference. According to them, things are to remain basically as they were before Easter: while the final classes will remain in face-to-face classes, otherwise alternating classes (grades 1 - 6) and distance learning for grades 7 and up will continue to apply. Examinations for the State Baccalaureate are to take place as planned.

New is that there will be compulsory testing in the schools. All teachers and students will be tested twice a week. Sufficient self-tests have been procured for this purpose, promises Minister of Education Lorz. He considers the obligation to test to be unavoidable. Only tested children can take part in the attendance classes, there is no relaxation of the masking obligation. At the Kitas this obligation exists only for the educators, not however for the children. Furthermore, there will be no ban on entering the Kitas, but only the recommendation to look after children - if possible - at home.

The regulations will initially apply for three weeks. Then a decision will be made on how to proceed after May 9.

The regulations in detail:

No more openings in schools

Years 1 to 6 will continue to be taught in alternate years, years 7 and above will be taught at a distance and the final years will be taught face-to-face. The arrangement will initially be in place for four weeks, although new decisions or further openings may of course be made before then if the infection situation improves.

From 19. April, a negative student and teacher test score will be considered a necessary condition for attendance. Students and teachers can choose between the free out-of-school citizenship test or the antigen self-tests provided to schools by the state, which are also free. Evidence that is no more than 72 hours old in relation to the start of the relevant school day will be accepted. This means that all students who do not have a test or do not take the test at school will be home schooled in distance education. Students may be signed out in writing by their parents, and students of legal age may be signed out in writing by themselves, from attending face-to-face schooling.

Procedures for Baccalaureate and Kitas.

As previously announced, the Baccalaureate examinations will take place on a regular basis from 21. April. All examinees will be given the opportunity to take a voluntary self-test prior to each exam. Students who do not wish to take this may also take the exam. However, they will then have to wear a medical mask.

In daycare centres, there will continue to be a regular testing offer for educators. Children, unlike students, will continue to be exempt from testing. There is no so-called ban on entering the day-care centres; rather, the recommendation is to look after the children at home if possible. In addition, there will be special facility protection, meaning there will be an individual ban on entry for children of close contacts of infected first-degree persons who are subject to quarantine.

Hesse's cabinet has also adjusted the escalation concept again in view of the current situation. Now it is already possible from an incidence of 100 - instead of previously from 200 - to take further measures. Curfews can be considered as a "last resort" in accordance with current case law. The Hessian state government is open to an amendment of the Federal Infection Control Act. The concrete form of the law is currently being discussed, so it may take some time until it is in force. Then the Hessian regulations would also be adapted.