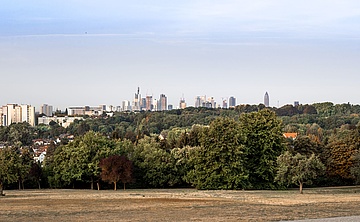 (ffm) Lord Mayor Peter Feldmann and Head of Planning Mike Josef welcome the agreement reached by the coalition factions of the CDU, SPD and Greens on the partial enclosure of the A 661 motorway as a "great opportunity for urban greenery, urban climate and urban development". In a confidential meeting, leading representatives of the coalition had previously agreed to pursue the so-called variant L2. This provides for an enclosure of the A 661 between Friedberger Landstraße and the gallery structure Seckbacher Landstraße over a length of about 1300 meters.

"Today, the A 661 motorway separates the Bornheim and Seckbach districts. In addition, there is a lack of sufficient noise protection in many places," elaborates Lord Mayor Peter Feldmann. "The solution that has now been agreed is convincing in terms of urban development: the districts will be reconnected. Noise pollution will be reduced. The construction of around 3000 additional apartments on land that is in part already sealed today will be made possible. And new large contiguous green spaces will be created between Günthersburgpark and Huthpark."

City councillor Josef added: "With the enclosure we are tackling an urban development project of the century. The project shows in an exemplary way that we are shaping an urban development departure in Frankfurt, in which we always consider economic, ecological and social aspects together. We do not want a piecemeal approach, but always think of housing and green space development together. In concrete terms, we are not only creating new affordable housing here, but also an approximately 80-hectare interconnected park. That is why it is right that we have advocated the L2 variant and are creating a new green corridor up to the Lohrberg. In doing so, we are restoring the green network that has been cut up by the motorway. After today, I will start in-depth talks with the federal and state governments to put the planning and financing of the enclosure on a solid footing. The next generation and the one after that will also benefit from this project of the century!"

The enclosure is associated with comprehensive urban development policy, urban planning and landscape design potential as well as positive urban climate effects. This applies both to the potential building areas and to the adjacent existing neighbourhoods. The city now has the task of preparing a design plan and a reliable cost and financing plan in order to prepare a decision on the construction of the enclosure by the city council. This is the prerequisite to be able to hold talks with the federal government and the state about cost sharing for further planning, construction and maintenance.

Since the enclosure of the A 661 is directly related to the completion of the motorway intended by the state of Hesse, there is a certain time pressure. Because after the completion of the A 661 with the erection of up to ten-meter-high noise barriers previously planned by Hessen Mobil, the subsequent construction of an enclosure is very unlikely for decades. And since the state plans to commission the completed A 661 including the Riederwald tunnel in 2028, it must have fulfilled its obligation to construct noise protection by then.

To determine the necessary steps for the joint realization of both projects - the enclosure and the completion of the motorway - an administrative agreement is now to be concluded between the state of Hesse and the city of Frankfurt.