ALEX has a big heart for kids
from FFM Aktuell 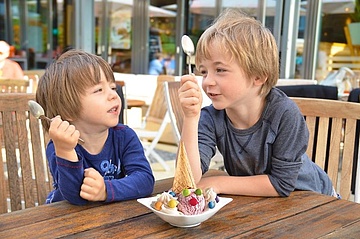 The all-day gastronomy concept of the 39 German ALEX and 4 Brasserie establishments is aimed at all age groups and aims to provide relaxation and good humour. ALEX has one target group in particular in mind: Children and parents. For the first time, the experience gastronome has created a special children's menu for them. The likeable ambassadors of this lovingly designed menu are the comic heroes Fix&Foxi, who are well-known to young and old alike. Since mid-November, they have been providing fun comics and illustrations, games, puzzles and colouring templates to ensure that the little ones have lots of fun and their parents have a relaxed stay. Above all, the food selection will not be boring, because the booklet contains seven dishes specially created for children, for example chicken nuggets with chips or bionudels in tomato sauce. Of course, favorite desserts decorated to suit children, such as Jell-O and ice cream, are not to be missed.

Family friendliness is not new on ALEX's agenda and is not just lip service. For the fourth time in a row, the restaurateur has been named "Germany's most family-friendly leisure gastronomy company" (study by Welt am Sonntag and Frankfurt's Goethe University). Particularly impressive was the fact that children are treated as fully-fledged guests, all drinks are placed in the middle of the table, there is enough space for baby carriages and, of course, changing tables. These are the extras that make ALEX family- and child-friendly. And which are now ideally complemented by the new cooperation with Your Family Entertainment AG, the licensor of the two lovable foxes Fix&Foxi. 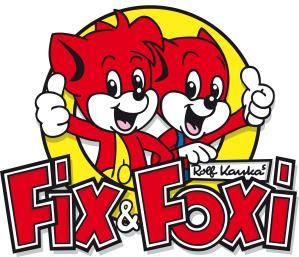 About ALEX, Brasserie and ALL BAR ONE

Mitchells & Butlers plc. was founded in 1898. The leading operator of pubs and restaurants in the UK (around 1,600 outlets, including brands such as All Bar One, Vintage Inn, Harvester, Toby Carvery) reported sales of £2.1 billion (1.97 y/y) in 2015 (ended Sept. 30). In early 1999, the German ALEX Group was acquired via&shy;n and has since been continuously expanded and further concepts added. Mitchells & Butlers Germany GmbH, Wiesbaden (Managing Director: Bernd Riegger), is responsible for the management of these innovative leisure gastronomy concepts, which now comprise 44 establishments (ALEX, Brasserie, All Bar One). In 2015 (as of December 31), it generated sales of 101.4 million euros (93.1 yoy) with 1,895 employees. Mitchells & Butlers has occupied one of the top three places among the top-selling leisure gastronomy companies in the German system gastronomy segment since 2004.

ALEX has received numerous awards in its gastronomy segment: among others. Customer rating of "very good" and test winner&shy;ger in the "food and beverage" category when compared to 23 national casual dining companies (independent study by ServiceValue, 2012); one of the top two employers within the casual dining industry&shy;mie and one of the top employers in Germany (independent study by Focus and Xing, 2013); "Family&shy;friendliest company" within leisure gastronomy (independent study by Goethe University Frankfurt, Welt am Sonntag and ServiceValue, winner in 2013, 2014 and 2016, gold rank in 2015).