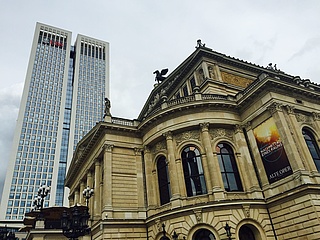 The curtain will not rise in the coming weeks, stages and auditoriums will remain empty: the three municipal cultural institutions Alte Oper as well as Oper and Schauspiel Frankfurt have announced that they will suspend play and event operations until Sunday, January 31, for the time being. Thus, the city of Frankfurt follows the Hessian state government, which has decided to suspend stage and performance operations for the state theaters of Hesse until that day.

Previously, the federal and state governments had decided last week to extend the Corona measures and thus also the closure of the cultural institutions until January 10, 2021 for the time being. Whether it could continue after that, may rightly be doubted. To commit to a closure until 31 January at least provides a little more planning security. Head of Culture Ina Hartwig regrets the continued lack of cultural offerings. However, she supports the closure in view of the unchanged high infection figures.

About the detailed effects, the subscribers as well as all other visitors will be informed accordingly by the respective houses.