Application for the "Frankfurter Sprungfeder" is running
from FFM Aktuell 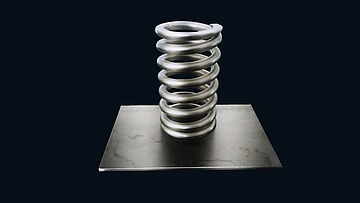 The Marketing Club Frankfurt invites again this autumn to the big brand gala. Thereby, a company will be awarded again, which is on its way to becoming a brand. Companies can still apply for the award until July 26. There are a few conditions that must be met:

- The company must have been founded in the last two years

- The business idea must be novel for the respective industry<x>.N</x>- The company must already be active on the market and be able to demonstrate initial success

- Company headquarters is in Germany

The procedure is simple: Interested applicants who meet all conditions must apply by 26. July 2018 on the website www.frankfurter-sprungfeder.de register, fill out a questionnaire there and bring their own concept to the point in a concise 140 characters.

selected companies can then prove themselves in a competition in front of the jury, the so-called pitch. The team that the young companies have to face is made up of five top-class experts from the Marketing Club Frankfurt as well as partners and supporters of the "Frankfurter Sprungfeder". The sixth vote will be cast by the audience on site, who will be able to vote for their favourite following the presentations and will thus be actively involved in the decision-making process.

On each of three dates, one winner will be chosen, who will receive an invitation to the Brand Gala on 27 October 2018. There, the "Frankfurt Spring" will be awarded to one of the companies nominated for the final. The three pitch dates themselves will be held publicly from August and will be announced shortly.

And what is there to win?

For the winners, it will not stop at a winning photo with the "Frankfurter Sprungfeder". Several companies and the Marketing Club Frankfurt are putting together an attractive package that will help the winning team make the leap to brand in many ways.

So, to all young companies who want to rise to the brand: Join in and apply now!