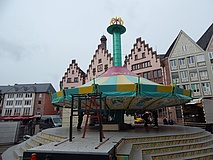 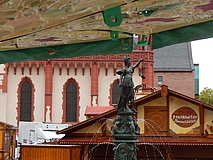 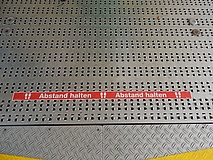 Update from 06.10.2020: Due to the rising Corona case numbers in Frankfurt, the hygiene concept must be revised, the opening of "Herbst in der Stadt" planned for 8.10. is postponed. We will keep you updated!

For the first time since the 2019 Christmas market, there will now finally be the smell of popcorn and roasted almonds, the twinkling lights of carousels and a touch of folk festival atmosphere in the Frankfurt City. From Thursday, 8 October, the Schaustellerverband Rhein/Main e.V., with the support of the city, will be bringing the "Autumn in the City" event to central locations in the city centre. Thomas Roie, Chairman of the Showmen's Association, is looking forward to bringing funfair culture and joie de vivre back to the city after many months of standstill. For the first time in 70 years, the association had experienced a total breakdown of this magnitude. Since the already started preparations for the spring Dippemess and with it the longed-for start into the funfair season after the winter break had to be stopped, the industry has been at a standstill. "The Corona crisis has driven our hard-pressed industry to the brink of economic ruin. Unfortunately, the hard times are also taking a toll on the spirits of many colleagues who are otherwise so strong and capable. We have not been allowed to pursue our beloved professions so far this year - that is tugging at us," Roie said.

Now all hope is pinned on the Frankfurt Christmas market being able to take place. "Autumn in the City" is there a perfect test for the great challenges that the Christmas market will bring. In order for this small piece of folk festival culture to take place at all, a strict hygiene concept has been developed, which has been coordinated with the city. The city provides the booths for the 40 booths, stalls and rides free of charge, so that in the end there is some income left for the participating businesses.

In other cities, such as Nuremberg, there were similar concepts in the summer, now Frankfurt is following suit for four weeks in the fall: From 08.10. to 07.11. there are from Monday to Saturday from 12 to 21 clock on the Römerberg, the Roßmarkt, near the Hauptwache, on the Freßgass' and the Opernplatz - so on the most popular and busiest places in the Frankfurt city - children's carousel, wave flier and "music express" as well as classic Bratwurst specialties, Baumstriezel, Langosch, Cr&ecirc;pes, churros and many more funfair specialties more.

For Markus Frank, head of the economic department, it is important to support the regional showmen, because they would make an important contribution to revitalize the city center. The retail trade still suffers greatly from the fact that the Zeil, even after the relaxations, is nowhere near as busy as it was before the Corona pandemic broke out. From an action like "autumn in the city" could now also benefit the retail trade.

Naturally, the whole thing is not a folk festival, of course it will be different than we are used to large city festivals, which have all been canceled this year. But Thomas Roie sums it up well: "People must finally be allowed to be sociable again. That this may only be with regulations in this special time is right and important - there, of course, we build on the willingness of politics to also implement concepts." Roie also appeals to the guests of "Autumn in the City": "Come, have happy, enjoyable hours and please celebrate prudently." In the end, all that remains is the hope for four successful weeks with a few beautiful sunny days and many visitors who, out of solidarity with the carnies alone, will all observe the necessary distance and hygiene rules. Because then "Autumn in the City" is only a beginning for further steps towards normality for an industry that has been driven to the brink of economic ruin.