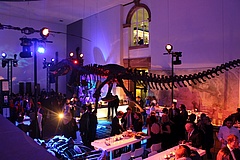 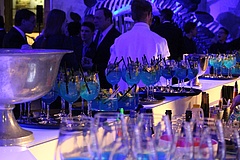 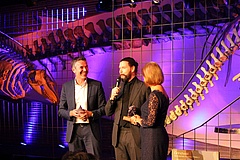 The Senckenberg Gesellschaft für Naturforschung celebrates its 200th birthday in 2017. Last Saturday, the birthday was rung in atmospherically with the Senckenberg Night. The focus was on the awarding of the Senckenberg Prize, which was awarded for the third time this year. The prize, which is endowed with 10,000 euros, honours outstanding achievements in nature research as well as special personal commitment to the protection and preservation of our natural world. The award winners in the Senckenberg anniversary year are the oceanographer Prof. Dr. Craig R. Smith for his research into the effects of disturbance events and human intervention in ecosystems on the seabed, and the musician Rea Garvey for his commitment to the ClearWater Initiative, which he co-founded. As a ClearWater ambassador, Garvey has worked hard for years to provide clean water to several thousand indigenous people and ordinary farmers in Ecuador who have been affected by drinking water contaminated by oil production.

After speeches by the Prime Minister of Hesse Volker Bouffier and, the patron of the Senckenberg Night, as well as Frankfurt's mayor Peter Feldmann, who also found some cautionary words about the new US president and his denial of climate change, the award winners were honored with short film clips and a laudatory speech. The charming and interesting moderation by Dirk Steffens ("Terra X") also ensured that the award ceremony as a whole was very entertaining, technically competent and informative. The surprise performance of the musician MarieMarie, who inspired the audience with a combination of strong vocals and harp playing during the performance of a song she produced together with Rea Garvey, put the icing on the cake.

The rest of the evening, for which BMW AG was the main sponsor, was also dedicated to the topic of water. And so the Senckenberg Night was also bathed in atmospheric blue. Blue drinks were also served during the party. All in all, it was an all-round successful evening that showed how easy it is to combine nature conservation, science, but also entertainment.

You can also find out more at: Www.senckenbergnight.de 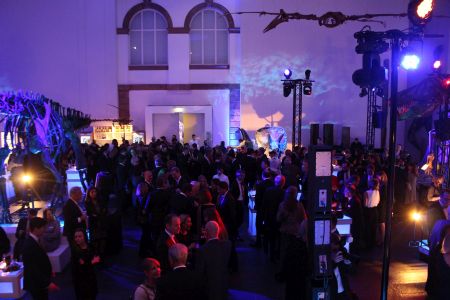