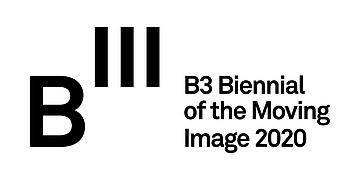 The fifth B3 Biennial of the Moving Image had to completely reschedule due to the Corona pandemic. As a result, the cultural festival will take place from October 9 to 18, 2020 with a focus on TRUTHS as a hybrid format. This means that there will be live events as well as virtual contributions. The film screenings as well as the art, games, VR/XR and conference programme will be broadcast entirely on the internet. But there will also be selected contributions to the film programme as well as the opening gala of B3 2020 on 9 October 2020, which will take place in the festival centre Astor Filmlounge Frankfurt in front of a live audience - naturally under the applicable hygiene conditions with reduced seating. During the gala, the B3 2020 BEN Awards and the Frankfurt Book Fair Film Awards will be presented in cooperation with the Frankfurt Book Fair and simultaneously streamed online.

"We saw the current constellation above all as an opportunity to act globally via the Internet, to address additional participants and visitor groups and to develop new formats," explains Prof. Bernd Kracke, Artistic Director of the B3 and President of the Offenbach University of Art and Design. "This is also reflected in our programme, which is first-class with many film premieres, extraordinary artworks and prominent speakers*."

This year, the two BEN main prizes of B3 2020 go to the US actor Willem Dafoe as Most Influential Artist in the Moving Image category and to the German artist Anne Imhof as Most Important Artist in the Gesamtkunstwerk category.

The overall B3 programme includes around 100 contributions by artists* and media creators from 23 countries in the categories Film, Art, Games, VR. In the B3 film programme, 40 productions will be streamed. The art programme shows new positions and moving image works by 40 national and international artists on the B3 focus TRUTHS. Around 60 video artworks, short films and VR works will be presented in the B3 digital showroom. In the accompanying conference section, 60 speakers from 11 countries will have their say. In addition to the B3 prize winners Willem Dafoe and Anne Imhof, they include Terry Gilliam (GB), Gavin Rothery (USA), Atom Egoyan (CAN), Jon Weinbach (USA), Federico Solmi (I), Alice Bucknell (GB), Adrian Wootton (GB), Adah Parris (UK), Kayla Lacey (USA), Louise Botkay (BRA).

Global Livestream to kick off: B3 "Hello Truths" Extravaganza Virtuale

As part of the opening night of B3 (9 October, from 10pm), artists and media professionals will be coming forward via the internet from all continents with contributions to the B3 Focus TRUTHS. The spectrum ranges from short film and video streams, performances, poetry slams, games, XR Experiences to live musical acts.

The B3 "Hello Truths" Extravaganza Virtuale is an artistic-political homage to the first international satellite broadcast "Good Morning, Mr. Orwell" by Korean video artist Nam June Paik on Jan. 1, 1984, and at the same time its contemporary update. At that time, Paik said in a visionary way that soon everyone would have a television station. This prophecy has become a global reality since Corona at the latest: interactive video conferences in all social fields of reference have become a new matter of course.

"B3 2020 transposes Paik's basic idea into the Global Village (McLuhan) of the 21st century. The Internet is more than fake news and propaganda, it is a central instrument of freedom of expression, not least a global stage for art and artists and cultural convergence. The B3 2020 Extravaganza Virtuale wants to contribute to this," says Prof. Bernd Kracke, explaining the approach of the global project.

Art and films from 23 countries

The film programme is once again a mainstay of B3 in 2020. Around 40 productions from 23 countries can be seen in the livestream. "We are showing a wide variety of feature-length, short and documentary films that deal with the B3 Focus TRUTHS politically, socially relevant, but also individually, and are pleased to have a number of European and German premieres," says Prof. Bernd Kracke. Thanks to good contacts and collaborations, he adds, it will also be possible to show some works that have previously only screened at overseas festivals such as Tribeca or Sundance.

The B3 2020 art programme will feature new positions and moving image works by 30 national and international artists on the B3 Focus TRUTHS. The B3 digital showroom will feature 60 video artworks, short films and VR works. Under the label TRUTHS, the art program spans from poetic reflections on the effects of disinformation, new views on the past, original truths of primitive peoples to very personal confrontations with realities of life.

The Gamespart of B3 takes a look behind the Iron Curtain, among other things, and examines how games were played behind the Iron Curtain in the Eastern Bloc of the 1980s and how games were developed. The topic of video games and music is examined by composer Chris Huelsbeck, among others. How to compete against industry giants Nintendo, Sony and Microsoft is described by multi-talented Tommy Tallarico, who has developed a low-cost games console.

The accompanying conference section features 60 speakers* from 11 countries. Highlights include masterclasses with Federico Solmi and Atom Egoyan, and fireside chats with Monthy Python co-founder Terry Gilliam and Gavin Rothery. Originally, Rothery was an illustrator and graphic designer who wanted to create comics. Today, he is a writer, director and concept artist for the games industry. In 2020, his first feature film ARCHIVE was released, a box office hit in the US. Gavin will talk about challenges, obstacles, luck and persistence. Viewers* will learn what it means to be creative these days, and why you can't always follow the same old paths to reach your goal.

Branded in Corona times is the online roundtable on Funding: In the Mood for Change? Film and Media funding now and in the future. Should we push the reset button? With Anna Schoeppe, Managing Director of Filmförderung Hessen; Helge Albers, Managing Director of Filmförderung Hamburg/Schleswig Holstein and Adrian Wootton, Chief Executive of Film London.

For all information about B3 2020 and to purchase tickets for individual films and programme items, visit the festival's redesigned website at: www.b3biennale.com