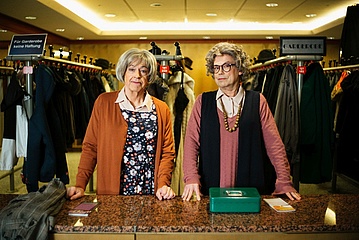 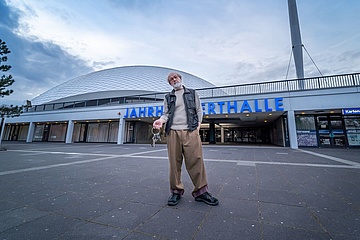 Can you still remember your last concert? Your last visit to a large venue? It's been way too long, hasn't it? In the last months there were hardly any events - and if there were, then mostly only digitally on the internet. It will probably be a while before we can finally experience a real concert feeling again. But you can already visit a venerable venue in May. Although also only digitally, but in a very special way, which stands out in many respects from other online offers.

The Jahrhunderthalle, which has hosted legends such as Frank Sinatra, The Doors, Elton John, Louis Armstrong, Santana, the Bee Gees and Kraftwerk over the course of almost 60 years, invites you to a unique look behind the scenes starting May 17. You've always wanted to know what dramas take place offstage just before the show? Or what secrets the "holy catacombs", which are hidden from the view of the concert or show visitors, hold? Then you've come to the right place. What is so special about it is not only the content, but also the way it is presented. Because the comedy duo Badesalz leads this "digital safari" through the building with its striking domed roof in the usual delightful Hessian way.

Henni Nachtsheim and Gerd Knebel take you on their very own, absurd-scurrile, exploration tour and open doors that were previously closed to you. In doing so, they slip into the roles of the weird birds who have many a story to tell behind the scenes of this popular location. For example, you will learn what the service ladies Moni and Hannelore have had to do for certain stars in the course of their work. Or you can listen to the stories of the roadies, who are actually the true heroes of the stage and have helped many a star out of a tight spot.

No question: there is not only a lot to laugh about, but also a lot of exciting, surprising and very interesting things to experience. So the Badesalz-Backstage-Safari wants to bring a little bit of fresh wind into the always same, dull evenings in the living room at home. You can go on safari on your PC, laptop, mobile phone or projected onto the TV - alone, with the family or as a watch party with friends or colleagues. All you need is a stable internet connection and an audio output and you're ready to go. With a click of the mouse, you get a log-in code via the ticket link on www.badesalz-backstage-safari.de and click into a virtual world that provides answers without being asked and has insanely helpful background videos ready in typical Hessian-slanted Badesalz humor. Discover the most remote corners of the Jahrhunderthalle in an unconventional way and learn the most hilarious secrets in this comedy experience for the whole family - not only for Badesalz fans!

To respond to the current challenges for live entertainment and their cultural formats, a team of creatives and specialists came together to develop and implement this new and unique digital event format. The concept idea, the script and the artistic content come from the minds and pens of Badesalz themselves. The comedians and musicians Henni Nachtsheim and Gerd Knebel are with more than 30 years of stage experience and over 10 joint programs not only in Hesse cult, but a constant in the German comedy scene.

The digital concept was developed by the production company Papilio Entertainment around Andreana Clemenz and creative partner Alex Burgos, who also jointly direct the backstage safari. Andreana Clemenz and Alex Burgos have already worked on countless national and international productions and shows, among others together with Helene Fischer, Rufus Beck or Peter Maffay. Digital storytelling and artistically designed user experiences in virtual worlds have become their specialty. The piece was produced by the Jahrhunderthalle Frankfurt, which, as a future-oriented venue, is reacting to the hybrid entertainment market with the Badesalz Backstage Safari and pushing new formats for audiences, artists and companies.

Tickets are available now for 24.00 euros at www.badesalz-backstage-safari.de