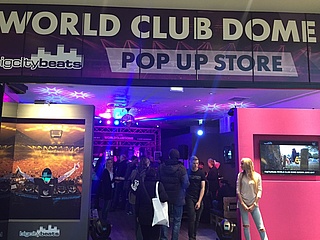 This year, the BigCityBeat WORLD CLUB DOME in the Commerzbank Arena celebrates its fifth birthday. From 02 to 04 June, the area around the arena will once again be transformed into the biggest club in the world. On the Main Stage in the Commerzbank Arena and on the smaller stages of the festival area - including the pool area in the Stadionbad - the best DJs in the world will once again be spinning. Steve Aoki, Afrojack, Deadmau5, Deichkind, Alle Farben, Gestört aber Geil, Robin Schulz, Hardwell, Sven Väth and many more are expected for the birthday party. We will of course report promptly on what exactly awaits you at WORLD CLUB DOME 2017.

To bridge the time until the festival a little bit, the BigCityBeats WORLD CLUB DOME Showroom has now opened in the shopping center MyZeil. On the fourth floor of the shopping centre, visitors can buy tickets and merchandise, have their picture taken on a WORLD CLUB DOME photo wall or simply chill out with a drink in one of the seating areas. Until the festival, there will also be special events in the PopUp Store. DJ workshops, bartender trainings and autograph sessions by star DJs are planned. And also on the adjacent MyZeil terrace with a great view of the Frankfurt skyline, some special events are to take place that capture the flair of the festival.

On Thursday, March 2, 2017, the store was opened by the festival initiators. The opening was celebrated together with BigCityBeats resident LE SHUUK. The DJ shooting star and festival rouser of the last two years played live in the store at around 7 pm, whereupon the guests, who had been standing together rather comfortably until then, knew no stopping and turned the store into a single dance floor.

Take a look for yourself and find out about the festival on site - or on the net at: Www.worldclubdome.com 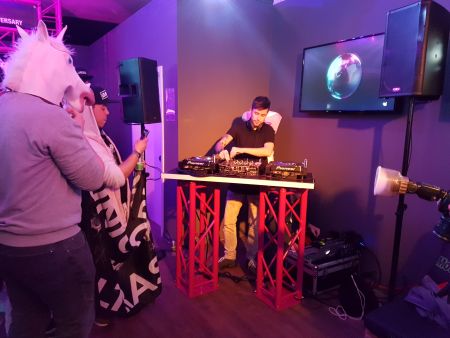