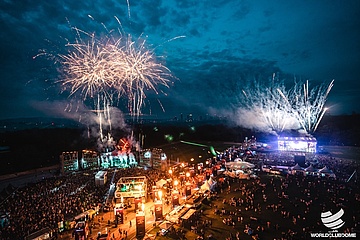 Now, after all: for a long time, BigCityBeats CEO Bernd Breiter believed that the Las Vegas edition of WORLD CLUB DOME would take place in September. And it actually looked good: Incidence levels were dropping, thousands of fans were once again allowed to attend major sporting events and there was also a sophisticated hygiene concept, over 80 pages long and adaptable to the current situation. 25,000 people were supposed to be able to celebrate the return to normality together on the grounds of Deutsche Bank Park - formerly Commerzbank Arena (or: Waldstadion). But now it is a sad certainty that the BigCityBeats WORLD CLUB DOME will not be able to take place in 2022 either.

In an Instagram video, Bernd Breiter announced the news to WCD fans. "We wanted so much to be the first big event again," Breiter explained, visibly disappointed. But despite meeting all the requirements, the festival was not granted a permit. He couldn't quite understand, says Breiter, why such conditions would have been imposed on them, which would in effect make it impossible for WORLD CLUB DOME to take place, while on the same day for football matches 25,000 fans would again be allowed.

You could say that a cancellation had been foreseeable. But still, the cancellation is a really hard thing for him, as he and his team had believed quite strongly and worked hard to make it happen. There is a tiny glimmer of hope for the WCD Pool Sessions. Permission has been granted for these - but the fine print also contains conditions that make it almost impossible to hold them. But here, Breiter promises in his post, he will not give up the fight yet.

This does not change the fact that there will be many disappointed fans of the WORLD CLUB DOME who, like the whole team behind the scenes, had believed and hoped that this year there will finally be the biggest club in the world in Frankfurt again.