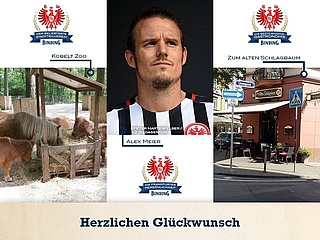 After many great preliminary lengths and the subsequent vote on the favorites, the Binding friends and Frankfurt fans have now decided - the FRANKFURTER ORIGINALS 2018 are chosen! It was not an easy choice, because actually all finalists are real Frankfurt originals. But in the end, there could only be one winner in each of the three categories. And these are - completely deserved - the strong-headed Eintracht legend Alex Meier (category "The Frankfurt Personality"), the volunteer-run Kobelt Zoo Schwanheim e.V. (category "The most popular district association") and the quaint corner pub with feel-good character Zum alten Schlagbaum (category "The best Binding restaurant"). Frankfurt-Tipp.de also congratulates them!

For the third time, this likeable Binding campaign took place, supported by the comedy duo Mundstuhl as ambassadors. "We award the Frankfurt Originals with the &sbquo;Binding Eagle' trophy and present &sbquo;The Frankfurt Original Embassy Shield'. In addition, we will organize a small victory party for each of our three winners and, of course, present them in the media, on our website and on the Binding Facebook page," promises Claudia Geisler, press spokeswoman of the Binding brewery.

When, where and in which context Alex Meier, the Kobelt Zoo as well as the restaurant Zum alten Schlagbaum will be honored, will still be announced on the website <link https: aktion.binding.de _blank>Https://aktion.binding.de/ and the Binding fan page on Facebook.

"This year we were again overwhelmed by the lively and once again increased participation and are very happy about the success of the action, at the end of which there is a real audience award", says Claudia Geisler. Among all voters* of the campaign "Die Frankfurter Originale 2018", Binding Brewery will raffle 25 x 2 tickets for Mundstuhl and 1 x 1,000 euros in cash. The winners will be informed in writing in the coming days. 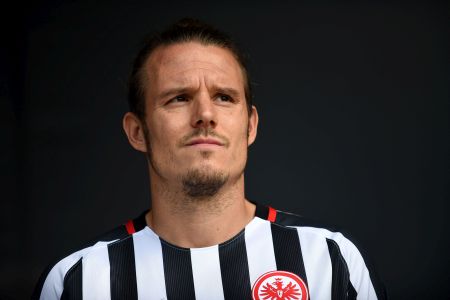 Top scorer in 2012 in the second and 2015 in the first Bundesliga? And DFB cup winner in 2018? That can only be one: Alexander "Alex" Meier, the strong-headed Eintracht striker who joined Frankfurt in 2004 and remained loyal to the club for a fabulous 14 years. In the summer, he took his leave - not entirely voluntarily - from active service with the Adler. However, he may remain loyal to Frankfurt. Alex Meier, a native (1983) of northern Germany (1.96 cm) came to football at a very early age. For years he played in and around Hamburg, also with HSV and FC St. Pauli, before he moved to the "wild south" to the Main in 2004 and settled here. At first, however, he was only "loaned out", but quickly earned a regular place through his goal-scoring efforts and contributed a lot to many of Eintracht's successes. Before the 2015/16 season, Alex Meier became the team captain of the Eagles. Not least due to frequent injuries, however, the 35-year-old has now had to say goodbye - with a follow-up contract still open. But the rumour mill is bubbling, everything is still open. Frankfurt's "football god", as he is still called by his fans, is far from retiring.

Category "The most popular district club" 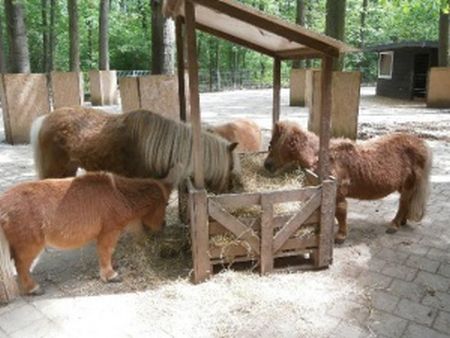 In Schwanheim - across from the Waldspielpark with its giant dinos - live about 300 much smaller animals: Goats, ponies, raccoons, monkeys, iguanas, eagle owls, kangaroos and many more. This is the Kobelt Zoo, named after the Schwanheim physician and naturalist Professor Dr. Wilhelm Kobelt. This "Kobelt facility" is organized and supported by an association with about 10 active and 80 passive members. Of course, the facility is not a competitor for the "official" Frankfurt Zoo, nor does it want to be. It is much more in the self-conception of the association to offer humans and animals a small paradise at the gates of the city - for recreation, and to bring the wonderful world of animals closer to the visitors. Because the members of the association all work on a voluntary basis, look after and care for the animals and look after the visitors and their physical well-being, it is financed exclusively by donations. A great idea: every year at Halloween, there is a spooky parcours with rare species such as a werewolf in special cages. 2,500 visitors treated themselves to the fun this year - the proceeds from the spectacle helped secure animal food for the winter.

Urige corner pub with feel-good character, here meets young and old, you sing and laugh together: In Bornheimer "Schlagbaum" is always something going on - thanks to landlady Susanne and her enterprising team. "Zum alten Schlagbaum" is the official name, but that is not a winning pot on the almost three kilometers long Berger Straße - Frankfurt's longest bar with countless Caf&eacute;s, pubs, bars and restaurants. "Battering ram," then, and it fits. Scharfe Kante Berger corner Löwengasse: The competition is tough, but Susanne and her "Schlagbaum" have their loyal fans. Whether it's football, karaoke or live music, there's always something going on at the "Schlagbaum". Yes, the corner pub is a wonderful place to celebrate, whether it's Halloween, carnival or Oktoberfest: Susanne and her team always throw a great party. Well-kept drinks, well-tapped Binding and with pleasure a Mispelchen, rustic "small" home cooking and good mood - what more do you want? Landlady Susanne and her team run the place with passion and love, sometimes even resolutely - for a good atmosphere. The few seats outside the door, where you can watch the hustle and bustle on Berger Straße and Bornheim's Fünffingerplätzchen, are also much sought-after.