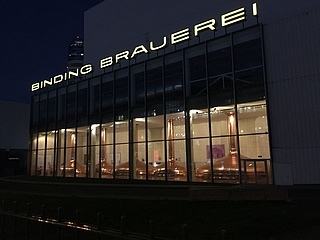 Since 1996, the year of the 125th anniversary of the Binding brewery, the Binding Cultural Foundation has annually honored cultural artists from Frankfurt and the Rhine-Main region. In the years that followed, the award, endowed with 50,000 <x>ampersand</x>euro;, established itself as one of the most prestigious art prizes in Germany. On June 15, 2019, the Binding Culture Prize will be awarded for the 24th time in Frankfurt's Römer.

This year's laureate is the Frankfurter Kunstverein. The Board of Trustees of the Binding Cultural Foundation has thus chosen a Frankfurt association that has distinguished itself over decades through a consistently challenging exhibition policy and has repeatedly repositioned itself. The various directors have succeeded impressively in holding their own against the large neighbouring institutions in Frankfurt that are also concerned with contemporary art. Since its founding in 1829, the Frankfurter Kunstverein has been a place of aesthetic reflection on the prevailing concepts of art and their media. Within its 190-year exhibition history, the institution has, in ever new ways, upheld the claim of art as an instance of critique and brought socio-politically explosive topics into focus.

In recent years, the program has also been gaining ground at the interfaces between contemporary art and science through solo and thematic exhibitions with international casts.

With the Frankfurter Kunstverein under the leadership of director Franziska Nori, another top-class cultural institution from the home region of the Binding Brewery joins the consistently outstanding award winners. The festive awarding of the 2019 Binding Culture Prize will take place on 15 June 2019, at 11 a.m., in the Kaisersaal of Frankfurt's Römer, in the presence of Head of the Department of Culture and City Councillor Dr. Ina Hartwig.

With this important promotion of the cultural scene in Frankfurt and the Rhine-Main region, the tradition-rich Binding Brewery is underlining its close ties to its home region.

Winner of the Binding Culture Prize