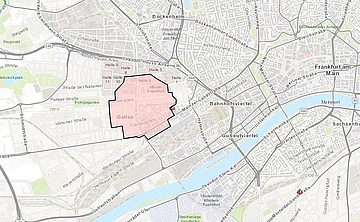 UPDATE: At 11:45 p.m. Thursday, the evacuation could be lifted as the World War II bomb had been successfully defused. About 9,000 people were affected by the evacuation measures and had to leave the area around the discovery site before the defusing. Roads were closed as early as 7 p.m., and train traffic was halted around 10:30 p.m. Thanks to the help of all helpers and residents, the evacuation proceeded quickly and smoothly. Around 700 residents took advantage of the offer to spend the time during the defusing in the exhibition centre. A total of about 250 full-time and volunteer forces from the fire department and the relief organizations were in action, to whom again a very big thank you!

On Wednesday afternoon during construction work in the Kölner Straße 82, an American aerial bomb of type GP 100 lbs from the 2nd World War was found. Although the bomb is said to pose no acute danger, a security area must nevertheless be set up during defusing, which will then also have to be evacuated. The 50-kilo bomb is to be defused late Thursday evening, starting at 23:00. For this purpose, all residents within a radius of about 500 meters will have to leave their homes. This affects about 9,000 people, including those in several hotels, retirement homes and commercial buildings.

The evacuation mainly affects Kölner Straße, Koblenzer Straße, Frankenallee, Europaallee and the adjacent cross streets from the measures. Mainzer Landstrasse will also be closed between Güterplatz and Galluswarte in the evening. The S-Bahn line between Westbahnhof - Messe - Galluswarte will also be affected.

Comprehensive information for affected residents and travelers is available from the City of Frankfurt's citizens' hotline at 069 - 212 111. In addition, further information is available on the Internet site www.feuerwehr-frankfurt.de.

For people who are unable to stay with friends or relatives, care with warm drinks and small snacks is available in the Forum hall on the exhibition grounds. Access to the Forum is possible from Friedrich-Ebert-Anlage and from Brüsseler Straße via Tor Ost.

Trams, suburban trains and buses will be disrupted

Tram lines 11 and 21, bus lines 46 and 52, suburban trains and regional rail lines will also be affected by the closure in the security zone. Subways are running regularly.

Tram line 11 will run between Höchst and the Rebstöcker Straße stop and between Fechenheim and Hauptbahnhof from about 10:30 p.m. until after the bomb has been defused. Line 21 will run during the same time from the stadium via Hauptbahnhof and Platz der Republik to the Festhalle and back. No trains will run on Mainzer Landstraße between Platz der Republik and Rebstöcker Straße.

Bus line 46 will run only between the Wasserweg stop (near Deutschherrnviertel) and Hauptbahnhof from about 7 p.m. until after the bomb has been defused. From the main station through the Europaviertel to the Römerhof, it will be discontinued. The bus line 52 (Gallus Schloßborner Straße - Galluswarte - Griesheim Jägerallee) will completely stop its trips from about 19 o'clock.

According to information from the Rhein-Main-Verkehrsverbund, the S-Bahn lines S3, S4, S5, S6 and also the RMV rail lines RB15 (direction Grävenwiesbach, Brandoberndorf), RE30, RB41 and RE99 (direction Friedberg, Gießen) are affected. Up-to-date information is available at

traffiQ and VGF recommend their passengers to use alternative connections within Frankfurt; however, these are sometimes associated with somewhat longer walking distances. For example, the S-Bahn lines S1 and S2 can be used to travel from Frankfurt city centre to Griesheim, Nied and Höchst. From the Europaviertel, the trams and buses at the Festhalle can be an alternative. To the west of the closed area, bus lines 34 and 50 operate, but tram line 17 is also not too far away.

Use alternatives, bypass the closure

traffiQ and VGF recommend that their passengers use alternative connections within Frankfurt; however, these sometimes involve somewhat longer walking distances. For example, the S-Bahn lines S1 and S2 can be used to travel from Frankfurt city centre to Griesheim, Nied and Höchst. From the Europaviertel, the trams and buses at the Festhalle can be an alternative. To the west of the closed area, bus lines 34 and 50 operate, but tram line 17 is also not too far away.

All information is subject to change and may also change at short notice due to a different assessment of the situation by the police or fire department. Information on the bomb discovery and the resulting evacuation concept can also be found on the website of the fire department