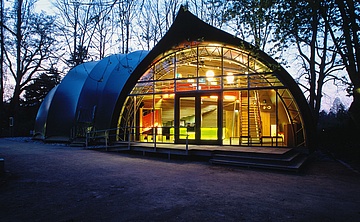 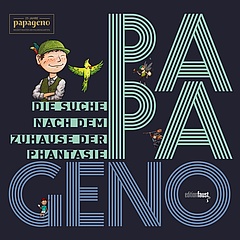 The Papageno Musiktheater at the Palmengarten will soon be thrilling audiences for 25 years with loving as well as high-quality productions that delight children as much as adults. The anniversary will be celebrated on 15 October with a festive concert in the Mozartsaal of the Alte Oper Frankfurt. The anniversary almost fell through due to the corona pandemic. For even for the theatre, which has developed into a permanent cultural fixture in the city over the course of a quarter of a century, the past 18 months, with several interruptions to the performance schedule, were a completely new and extremely difficult challenge.

But the theatre used the time to break new ground once again. During the lockdown, a nifty anniversary edition was developed, which includes a picture book "Papageno - The Search for the Home of Fantasy", in which "little Papageno" meets the heroines and heroes from 25 years of theatre history, as well as a CD with the most beautiful songs from past productions ("Papageno's Fairy Tale Treasure") and a theatre portrait on DVD ("Where Dreams Live"). The anniversary edition will then also be ceremoniously presented to the public as part of the celebratory concert in the Alte Oper.

Annette Schreier, film producer at Screen Land Film GmbH tells us about the theatre portrait: "For the portrait, the theatre director, together with his family and the Papageno team, was accompanied by the camera over a longer period of time. Hans-Dieter Maienschein is known for his never-ending ideas and for making the impossible possible. A life without theatre and music is unimaginable for him. The dreamer has become a doer with dreams." So one can hope for an exciting and inspiring look behind the scenes of theatre.

In spring 2022, the edition will be completed by a classic vinyl record ("Congratulations") on which Anna Maria Kaufmann has sung the most beautiful musical songs from the repertoire of Papageno Musiktheater. Vice-President of the European Parliament Nicola Beer, for more than 20 years closely connected with and supporter of the Papageno Musiktheater, will welcome our audience. Also Maja Wolff, companion as well as initiator and director of the Green Sauce Festival will give a small, amusing review of the tour time - so before the permanent venue Papageno.

Among the guests of honour from the worlds of culture, business and politics are ZDF legend Rainer Holbe, cabaret artist and presenter Sibylle Nicolai, actress Barbara Englert, Thomas Bäppler-Wolf, board member of Messe Frankfurt Detlef Braun, board member of Polytechnische Gesellschaft Prof. Dr. Kaehlbrandt, and many more announced.

The book, CD and DVD are published by the Frankfurt publishing house edition Faust and will be available in bookstores nationwide as early as mid-October. The record with Anna Maria Kaufmann is expected to be released in spring 2022.

More info is available at: www.papageno-theater.de