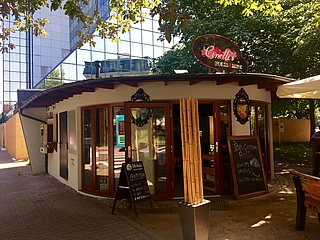 When Luca Cinelli brought a new food trend to Frankfurt in spring 2016 with Ice Cream Rolls (We reported), the whole thing was initially intended as a pop-up experiment in MyZeil. How long Cinelli`s Ice Rolls would stay in the shopping center was not sure at that time. However, Cinelli assumed at that time that it would be over again in winter 2016 - at least at this location. Now one and a half years have passed and Cinelli`s was not only allowed to expand in MyZeil. No, now Luca Cinelli has also opened a second store in the Westend.

The location has long been cult with many: Until a few years ago, it was home to one of the most popular water houses in the district, which was then converted into a real scene meeting place. CINELLI`S (H)EIS & MORE has now moved into these premises on Grüneburgweg, at the corner of Fürstenbergerstr. The location is actually perfect, the small Caf&eacute; but directly between the highly frequented Campus Westend and the no less busy Grüneburgpark. Families, students, business people, all of them can now enjoy Ice Cream Rolls. But the guests are offered even more: A small but fine selection of savory focaccias and some sweet snacks like cookies, brownies or cakes are on offer here.

And there is also something for everyone in the beverage selection: there is the usual coffee or cool soft drink for in between, the tasty after-work beer or a glass of wine and various drinks for a relaxed after-work sundowner. The Frankfurt Westend can really be happy about this new addition!

More info is also available at: 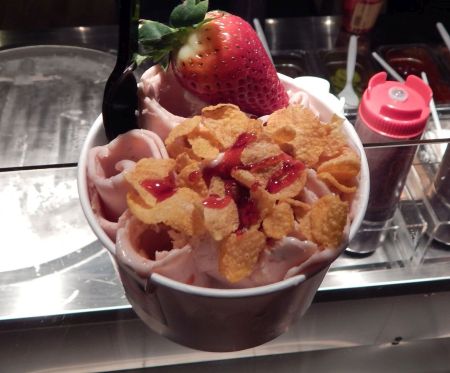