Consensual solution to the Caricatura Museum reached
from FFM Aktuell 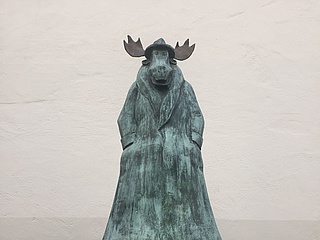 Long speculation about the future of the Caricatura Museum. Now Ina Hartwig, Head of the Department of Culture, has presented her decision for a new regulation of the Museum of Comic Art, which previously belonged to the Historical Museum. From 1 April onwards, the Caricatura Museum will be supported artistically and administratively by the Cultural Office. Lord Mayor Peter Feldmann welcomes the new formation: „I am delighted that the Head of the Department of Culture is strengthening the Caricatura - and thus a tradition which has been kept alive in Frankfurt for forty years by the Titanic, but which reaches deeper into the time of Friedrich Stoltze and the Paulskirchen Revolution. Frankfurt is the capital of satire.“

In the future, the building, which celebrated its tenth anniversary last year and not least recorded a record number of visitors due to the successful OTTO exhibition, will be decoupled from the Historical Museum. „With this new regulation I would like to strengthen the artistic autonomy of the house. This gives the museum the opportunity to expand its collection and further develop the house. I am very pleased that everyone involved has contributed to this good solution“, says Hartwig, Head of Cultural Affairs. In addition, Claus Wisser, entrepreneur and patron of the arts, will take over the chairmanship of the museum's board of trustees from next year and will support the museum on its further way.

All further information about the Caricatura, the worth seeing permanent exhibition about the artists of the Neue Frankfurter Schule, as well as the current special exhibition can be found at: http://caricatura-museum.de/museum-titelseite.html