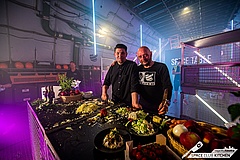 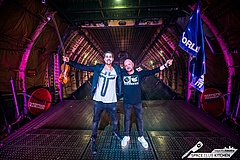 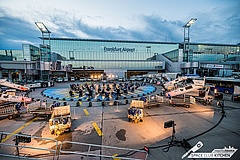 By now, one is used to spectacular actions from BigCityBeats CEO Bernd Breiter. The WORLD CLUB DOME, the biggest club in the world, is just one example. The first club in zero gravity has also attracted a lot of media attention worldwide. But now Breiter wants to go even further: He wants to offer star cuisine in the truest sense - with a cooking event from the International Space Station ISS. Celebrity accompaniment for this BigCityBeats Space Club Kitchen will be star violinist David Garrett, the Frankfurt Radio Symphony Orchestra and TV chef Tim Mälzer.

His vision is themed "Entertainment meets Space". With this, Breiter was able to win the cooperation of the European Space Agency ESA,. Together, they were able to put together an event concept that culminated in the BigCityBeats WORLD CLUB DOME with ESA astronaut Luca Parmitano on the International Space Station ISS as the first "DJ" in space - a milestone in the history of club culture and electronic music.

After a very difficult year that brought many industries - including the event industry - to their knees and caused many people to drift apart. So Bernd Breiter asked himself: How can we unite people again? So an idea matured in Bernd Breiter's mind: Imagine the whole world cooking a dish together with millions of people "sitting at one table". But to unite a thing from within is often more difficult than to unite a thing from outside. And what would be a neutral place outside of Earth: space!

BigCityBeats once again travels into orbit with an event concept.

And so it's off to orbit again soon for the Frankfurt entertainment brand. This time, the successful BigCityBeats Club Kitchen concept will be heading into space. During his "Cosmic Kiss" space mission, ESA astronaut Matthias Maurer will join Bernd Breiter on the ISS to unite two universal languages on Earth: music and food.

Matthias Maurer will be the seventeenth European and fourth German astronaut to launch to the International Space Station (ISS). He will live and work there for six months. Matthias Maurer, who stood alongside Bernd Breiter on the Mainstage in the Frankfurt Arena in front of 50,000 guests at the BigCityBeats WORLD CLUB DOME Space Edition in 2019, is thrilled about the continuation and expansion of the cooperation: "I'm thrilled that by continuing the cooperation with BigCityBeats we can reach both the hearts and the senses of the people and thus get them excited about the ESA topics. Music and culinary arts are universal languages."

The BigCityBeats Space Club Kitchen will be the first international, global and orbital event connecting cuisines and restaurants as well as the world of entertainment, music, politics and sports around the world with the International Space Station (ISS). Matthias Maurer will prepare an orbital dish together with the whole world on the ISS. TV star chef Tim Mälzer, who developed the recipe for the unique event, will serve as the culinary ambassador.

Naturally, the trappings will also be truly spectacular. To give the global event the right soundtrack, Bernd Breiter has composed the "Space Table Symphony" together with JD Wood and David Garrett. The hr-Sinfonieorchester Frankfurt recorded this epochal, classical work by BigCityBeats founder Bernd Breiter David Garrett, the world-renowned artist and arguably the most famous violinist of modern times!

hr orchestra manager Michael Traub says: "We are delighted as the orchestra of the Hessischer Rundfunk to be part of this world-spanning but Hessian project and to contribute the 'Space Table Symphony' together with David Garrett as a unifying anthem. We have had a lot of good experience with such crossover projects, from the 'Tatort' soundtrack to the Music Discovery Project - but as far as I know, we have never been in space. But our orchestra likes to cross borders and wants to connect everyone with its music."

For the "Space Table Symphony" there will be an elaborate video shoot aboard an Antonov, the huge Russian transport plane, against the imposing backdrop of Frankfurt Airport's runway.

With the announcement of the "BigCityBeats Space Club Kitchen", the first club kitchen in space, Bernd Breiter also plans to launch a foundation: "1 Billion Meals from Outer Space". Because what happens to the people who don't even have the money to buy the ingredients for a meal. The Foundation, conceived by Bernd Breiter, wants to set itself the goal of generating money for one billion meals through donations, in order to give people the opportunity to be full in one day. Bernd Breiter explains: "We are currently talking to people from politics, entertainment and science in order to create a 100 percent transparent organization. Tying in with Bob Geldorf's Band Aid idea from the 80s, but adapted to the age of social media, where you have to unite things."

The BigCityBeats WORLD CLUB DOME, which will take place from 3. 5 September 2021 at Frankfurt's Deutsche Bank Park, will be the launch event for the world's largest global international and orbital music and cuisine event. David Garrett will become the space ambassador for classical music. Cui Jian, pioneer and "father" of Chinese rock music, who played in front of a world audience at the opening ceremony of the 2008 Beijing Olympics, will become the ambassador for rock music. For the WORLD CLUB DOME, David Guetta has confirmed his participation.

In the meantime, Bernd Breiter is still sticking to the BigCityBeats WORLD CLUB DOME Las Vegas Edition: "We currently see no reason not to hold the BigCityBeats WORLD CLUB DOME in September. The incidence figures are still falling. In some regions we already have an incidence of zero. And the number of fully vaccinated people is steadily increasing. It's time we returned to a normalcy of cultural experience. We want to contribute to that."

BigCityBeats, as an event organizer, is nevertheless very concerned about the health of its visitors. Therefore, BigCityBeats has commissioned the leading experts in the field of hygiene and infection control to create a comprehensive hygiene and infection control concept for the three-day festival. It stipulates that both visitors and staff will only be allowed to enter the festival grounds if they can show a negative Covid 19 test, are proven to have recovered or are fully vaccinated. BigCityBeats has also partnered with a leading provider of PCR gargle testing, Ingenium Labs GmbH. "With this team of experts, we will ensure that WORLD CLUB DOME can be conducted safely for all visitors and for our employees. Although this is a considerable additional expense for us, we will not shy away from it," explains Bernd Breiter.

Bernd Breiter also calls on politicians to actively participate in the normalisation process and to enter into a constructive dialogue with the organisers. Only in this way, he says, can the challenges of returning to normality be actively shaped together.