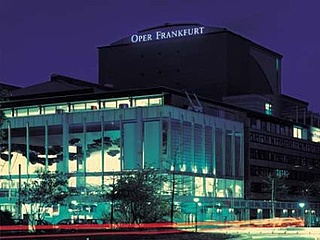 Congratulations to the team at Oper Frankfurt. For its "convincing overall performance", the house led by artistic director Bernd Loebe was awarded first place in the annual critics' survey of the theatre magazine "Die Deutsche Bühne". This was justified in particular by the "excellent mix of different opera genres in the repertoire" and the "high quality of the performances".

Director of Cultural Affairs Ina Hartwig is proud of this recognition and congratulated the entire team around Bernd Loebe: "This means that Oper Frankfurt is once again considered by critics to be the leading musical theatre in Germany and makes it clear how highly regarded the house is throughout Germany," said Hartwig. "We can count ourselves lucky to be able to call such a fabulous opera house in Frankfurt our own."

The 63 writers who regularly contribute to the magazine voted Oper Frankfurt to the top with seven mentions, plus five more votes for individual artistic achievements that came out there. Artistic director Bernd Loebe has been in charge of the Frankfurt Opera since 2002, and since then the house has occupied top positions every year in the survey conducted by the theatre magazine, which is published by the German Stage Association in Cologne