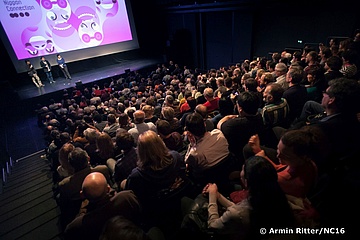 Nippon Connection's crowdfunding project represents an important step toward realizing the 17th edition of the film festival. The funding target is 20,000 euros. Supporters of Nippon Connection's crowdfunding project can choose from a variety of thank-you gifts. These range from signed postcards to Japanese snack boxes, film posters or 5-screen movie tickets to film sponsorships.

The crowdfunding project of Nippon Connection is part of the initiative "kulturMut" of the Aventis Foundation in cooperation with the Kulturfonds Frankfurt RheinMain and Startnext. A total of 30 projects by cultural professionals are taking part in this year's crowdfunding initiative. 250,000 euros in prize money will be made available in 2017 and divided among the most successful projects in the contest.

The 17th Nippon Connection Film Festival will take place in Frankfurt am Main from 23 to 28 May 2017. With more than 100 short and feature-length films and around 40 cultural events, the festival offers an extensive program on film, art and culture of Japan. Numerous film and cultural professionals from Japan will present their works here. The venues in 2017 are the Künstlerhaus Mousonturm, the Theater Willy Praml in the Naxoshalle, the Mal Seh'n Kino, the Deutsches Filmmuseum, the Theater Die Käs and the exhibition space Eulengasse. The festival is organized in mostly volunteer work by the team of the non-profit association Nippon Connection e.V.