Start of the new season in the Mousonturm
from FFM Aktuell 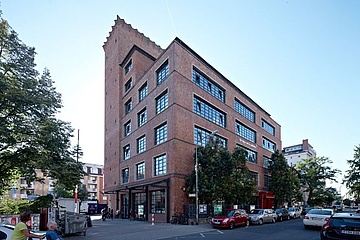 (ffm) Democratic structures are eroding rapidly, the exploitation of the planet is progressing inexorably, but the political forces operating so far are not willing to turn the tide. Not only a young generation protests worldwide. With the festival "Unfuck My Future. How to Live Together in Europe" (30 August to 8 September), the Mousonturm will focus its programme on nearly a dozen plays, performances and installative artistic works that critically reflect on the possibilities of living together from various political, social, economic and ecological points of view in view of the dynamics of current political protests in Europe and their effects on social relations at the opening of the season.

"The festival unites artistic questions and aesthetic forms of expression with formats of public discourse that are also dedicated to the common future in Europe and the world," said Ina Hartwig, Head of the Department of Culture, at the opening of the festival and the new season. "Populism, which is still strengthening, is still a serious phenomenon, especially in the cultural sphere, and we must confront it. The arts can provide clues on how to learn to navigate within the complexity of these aspects and the questions about an uncertain future by presenting grievances in a pointed way or by pointing out possibilities for alternative paths.

On this occasion, two art installations will also be opened: With her impressive video work "Das radikale Empathiachat", Anna Witt presents a performative future manifesto of young people from Leipzig who thought about the society in which they would like to live and openly formulate their utopias. The resulting manifesto was translated by the group according to their own ideas into physical forms of expression and performative interventions in public space. Witt's video installations question the emergence of cultural stereo types and the position of the individual within social systems. Her works address the problem of subject formation in connection with political identity, collectivity and civil rights. Witt was born in Wasserburg, lives and works in Vienna. Her works have been shown in numerous solo and group exhibitions throughout Europe.

Paul Norman (Birmingham) and Leander Ripchinsky (Frankfurt), on the other hand, in their installation "Trennungs-Songs of Togetherness", let the audience process the Brexit musically by not simply accepting being together, singing and separating without criticism, but gently, through play and composition, drawing something seemingly meaningful out of the reserve. As an audience, we are asked to park all our expectations outside and to get involved with rules, words, sounds and different ways of making decisions.

The opening reception will be followed by the spectacular six-hour cooking performance by the British-German performance collective Gob Squad, which, in I Love You, Goodbye (Unfuck my Brexit Edition), will also question the artist's own history and cultural identity from the perspective of current developments. In this happening, which is as amusing as it is clairvoyant, the seven members of the group return to their family provinces under the guidance of a "Speakers of the House", who calls for order in the finest parliamentary English, and prepare their food with such dedication that it is certainly about more than just recipes.

>On the first festival weekend, the program will focus on our neighboring country Poland: for the first time in Frankfurt we will present the successful Polish director and border crosser between theatre and performance Michał Borczuch. His theatre performance "Cinema of Moral Anxiety", premiered at the Warsaw Nowy Teatr, will be shown at the Mousonturm for the first time in German-speaking countries. The title refers to the politicization of Polish filmmakers (such as Andrzej Wajda and Krzysztof Kieślowski) in the late 1970s, shortly before the start of the Solidarność movement; and part of the performance also reconstructs Kieślowskis early work "The Filmamateur", in which a worker buys a Super 8 camera to film the birth of his child. When he begins to record factory gatherings and func-tional conversations, he discovers the manipulative, political explosive power of his camera. Borczuch and his famous actresses and actors go on a journey through time in their fast-moving, concentrated performance — the film amateur also meets the drop-out Henry David Thoreau and today's youthful Flaneu-ren, who find the current Netflix series too apocalyptic. Above all‘ the events float questions — about how a real life can be led in a capitalist society and how in 2019 a gesture of civil disobedience can still succeed.

Further on, the focus on Poland this weekend at Frankfurt LAB will be on a punk rock political guest performance by Berlin's Maxim Gorki Theater: "Moja Prywatna Apokalipsa" (My Private Apocalypse), by Krzysztof Minkowski with Warsaw's exceptional actress Marta Malikowska. In 2030, in an imagined national-conservative Europe in the catacombs of the Warsaw Palace of Culture, during a conspiratorial concert, the new nucleus of the counter-movement was founded in this!

Also on this weekend, the institution Arthur Romanowski will be showing "beetroot speeches", a talk format and Skype thunderstorms with uncombed conversations, which Romanowski and his Polish-German grandmother will have about recipes and theatre using texts by Alfred Jarry, Marta Kijowska, Stanislaw Jerzy Lec, Stanislaw Lem, Brygida Najdowska and others.