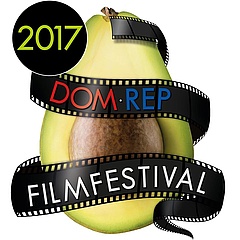 (kus) For many years, Filmforum Höchst has been taking a look at Latin American filmmaking with the only Cuban film festival in Europe, a Venezuelan and Brazilian film festival and various film series.

With the DOMREP Film Festival on Thursday, September 28, and Friday, September 29, another Latin American film country will be presented for the first time under the motto "The Dominican Republic through different eyes", which has a vibrant and creative film production that has been largely unknown in Europe. Some films and co-productions from the Dominican Republic have not only been shown at European film festivals in recent years, but have also won awards. Now some of the films will be presented in Germany for the first time.

The festival will be opened on Thursday, September 28, at 5:30 p.m. by the Consul General of the Dominican Republic Ramon Carreno with a welcome cocktail and culinary delicacies from the island. Following the opening, the film "Flor De Az&uacute;car - Sugar Flower," in which the paths of two couples cross during the time of the Trujillo dictatorship in the late 1940s, will be shown at 6:30 pm. When one of the two men unintentionally kills a police officer, he is forced to flee and leave his family alone.

Also on Thursday, the film "Azul Magia - Magical Blue" shows a young man in a remote town in the Dominican Republic, far from any technology or modernity, who goes into the mountains for his sick mother in search of a mystical blue flower with healing powers.

On Friday, September 29, at 6:30 p.m., producer and performer Danilo Reynoso will be at Filmforum with his film "La Familia Reyna - Family Reyna." It is about a young successful farmer who supposedly believes he is master of the whole valley.

The semi-documentary music film "Voces De la Calle - Voices of the Street" will be presented in person by director Hans Garc&iacute;a at 8:30 p.m. Friday. It follows three teenagers who are passionate about a music project but find that a good quality recording requires a lot of money, which unfortunately they don't have.

Information and trailers of the films can be found at <link http: www.filmforum-hoechst.de _blank>