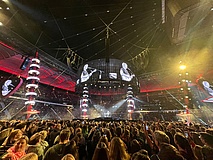 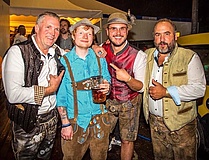 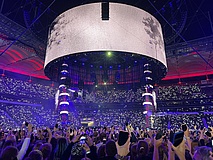 When the British singer-songwriter Ed Sheeran first stormed the charts in 2011 with his single "The A Team" and debut album "+", no one would have thought that the likeable redhead would become one of the biggest superstars of the international music scene. To date, the musician has sold over 150 million records and completed several sold-out tours. Nevertheless, you never get the feeling that he has lost his grip on the ground. Even in a sold-out stadium, Ed Sheeran comes across as very approachable and free of any airs and graces. This became clear on Saturday night at the second of a total of three concerts in Frankfurt's Waldstadion several times.

While Sheeran is on the road for the first time with a band that supports him on some songs during the approximately two-hour performance. In addition, the circular stage, which is designed to give fans a good view of the superstar from all seats, as well as some projections on a huge 360-degree screen that seems to float above the stage, provide many a wow effect. And yet it is primarily Ed Sheeran and his guitar that define the concert. And of course the fans, who turn into a choir of over 60,000 voices during the many hits and transform the stadium into a sea of lights with their cell phone lamps. This creates a very special atmosphere, which the musician has not let spoil even by pouring rain.

Shortly before 9 p.m., however, the concert had to be interrupted due to a thunderstorm. Fortunately, the break lasted only a short time and Sheeran managed it very well in his very unagitated, authentic way to heat up the somewhat cooled down mood again. With songs like "Overpass Graffiti", "Visiting Hours", "Shape of You" or "Sing", embedded in a rousing light show, Ed Sheeran was able to inspire his audience despite rain and interruption, so that most of the fans then made their way home happy and in a good mood. For them, the party was over - but not for Ed Sheeran.

From the stadium stage to the Frankfurt Oktoberfest

He still felt like celebrating after the show. What offered itself there better, than a attendance with the Frankfurt Octoberfest, which took place also on yesterday Saturday again directly at the stadium. Organizers Kai Mann and Dennis and Patrick Hausmann were amazed when the superstar suddenly appeared at the entrance with his entourage - dressed in leather pants and a checkered shirt. Where other stars of his caliber would have sealed themselves off in the VIP area, the Briton once again showed his particularly likeable side. Without further ado, he stormed the stage to give a small concert together with the Oktoberfest band, performing songs like "Uptown Funk" by Bruno Mars as well as his own super hit "Perfect". So he gave the guests in the marquee a really unforgettable evening and could incidentally also collect a lot of additional sympathy points.

Today, Sunday, Ed Sheeran is then for the third and last time on stage in Deutsche Bank Park! We wish all fans who are with us tonight, a lot of fun and a great time! 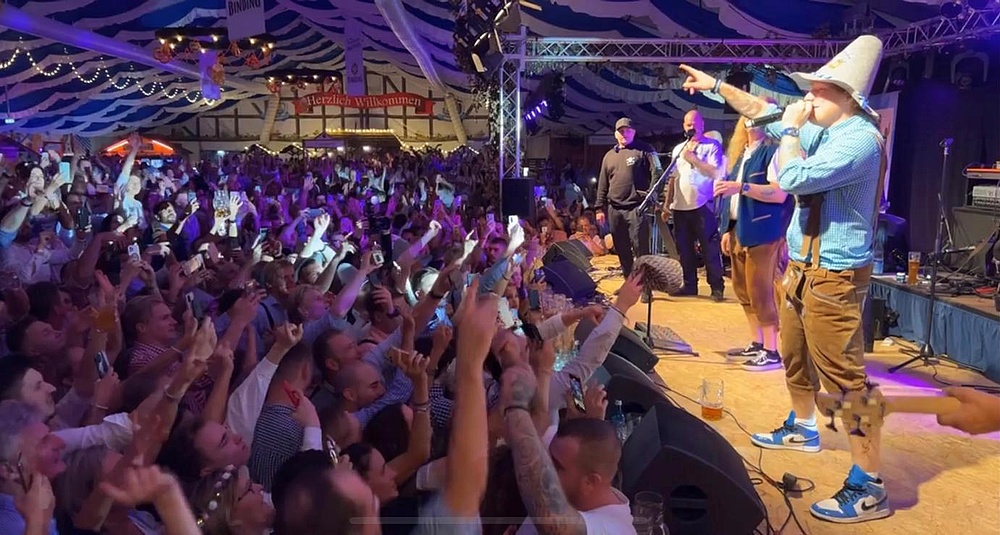