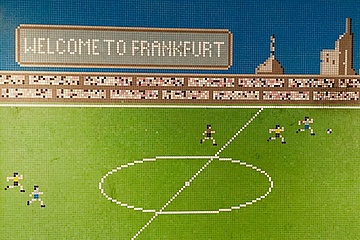 Kevin Trapp returns to Eintracht Frankfurt. The German international goalkeeper will receive a contract on loan until the end of the season and arrives at his old stomping ground from Paris St. Germain. The goalkeeper, who was born in Merzig, Saarland, played for Eintracht between 2012 and 2015, making a total of 96 competitive appearances for the Hessen side. The 1.89-metre tall goalkeeper made three appearances for the German senior national team. He was also part of the DFB squad at the 2018 World Cup in Russia.

"Frederik Rönnow's current knee problems have caused us to reflect. Unfortunately, our regular goalkeeper had suffered a knee injury during the preparation, which has not yet fully healed and keeps bothering him. We believe in his qualities and are convinced that he will grow into the role as number one. But now we had the chance to sign a goalkeeper who is not only ready to play immediately, but also an absolute identification figure with great leadership potential. It shows the value of our club that a current international player decides against other top clubs and comes to us," said Eintracht sporting director Bruno Hübner, who brought Trapp to Eintracht from 1. FC Kaiserslautern six years ago. With Trapp, Eintracht made it straight into the UEFA Europa League. In this competition, the Saarland native will now be allowed to compete again with Adi Hütter's team.

Kevin Trapp: "When I was in Paris, I always remembered the great time in Frankfurt very fondly. The 2013/2014 Europa League season was special, and of course I want to experience that again now. The contact with the club officials and many former teammates, such as Marco Russ, has never been severed, and I was very happy for Eintracht in May when they won the DFB-Pokal. For me, it was important to come to an environment where I feel comfortable and where I can play. I'm looking forward to another year at Eintracht."

Trapp will be given the number 31 at Eintracht and could be used as early as Saturday in the home match against SV Werder Bremen (3.30pm at Commerzbank Arena). (Eintracht Frankfurt Fussball AG)