Eintracht travelled to training camp with 29 men
from FFM Aktuell 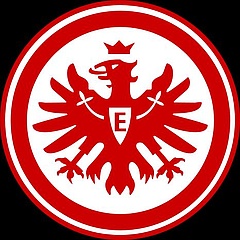 With 25 field players and four goalkeepers, Eintracht Frankfurt traveled to the training camp in Gais on Sunday. In addition to the training sessions, there will be test matches against FC Empoli (August 1) and SPAL Ferrara (August 4) in South Tyrol.

Not travelling to the training camp are Marc Stendera, Branimir Hrgota, Nelson Mandela Mboum, as well as Daichi Kamada. These players will train in Frankfurt under the guidance of football coach Marco Pezzaiuoli at the highest level of quality. Injured goalkeeper Jan Zimmermann will arrive in Gais after a full recovery.

As of now, athletics coach Werner Leuthard is part of the Eintracht coaching staff. The 56-year-old has an impressive resume in professional sports, working for FC Bayern Munich, Schalke 04, VfB Stuttgart and VfL Wolfsburg in the Bundesliga, but also coached the German Federations Cup team around Steffi Graf and Anke Huber for many years. Most recently, he worked for the Swiss top club FC Basel. In search of a new challenge, Leuthard's path now leads him to Frankfurt.

"Werner Leuthard is a luminary in this important area of professional sport, especially with regard to the prevention of muscle injuries. That is very important, especially in this phase of preparation and overall in today's world, especially against the background that we play in three competitions," said sporting director Bruno Hübner.

The cooperation with Werner Leuthard is limited to one year. (Eintracht Frankfurt Fussball AG)