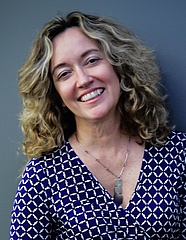 (kus) Ellen M. Harrington, currently head of collections at the Academy Museum of Motion Pictures in Los Angeles, will become director of the German Film Institute in Frankfurt am Main.

A graduate in film and literature, Harrington will take over as director of the institute, which includes the Deutsches Filmmuseum, on January 1, 2018, succeeding Claudia Dillmann.

"I am very pleased that we have found an outstandingly qualified director in Ellen M. Harrington and that we are able to bring her to Frankfurt", said Ina Hartwig, Chairwoman of the Administrative Board of the German Film Institute and Head of the Cultural Department of the City of Frankfurt. "Ellen M. Harrington brings more than 20 years of experience in one of the most renowned film institutions in the world to her new position. She has held senior positions in all areas essential to the Deutsches Filminstitut - archive, museum, cinema. I am convinced that the German Film Institute, including the Film Museum, will benefit from her experience and I am very much looking forward to working with her."

Ellen M. Harrington has worked for the Academy of Motion Picture Arts and Sciences in Beverly Hills since 1993. Previously, she worked for nonprofit film initiatives as well as in film production. She was director of exhibitions and film events and founding director of the Academy's International Outreach Program, which also awards the Oscars. With the founding of the Academy's own Film Museum in 2013, she joined the planning staff of the major project as Director of Exhibitions and Collections, and has been responsible for the development and design of the museum's collection since 2015.

Over the course of her career, Ellen Harrington has curated some 50 film exhibitions for the Academy and for partner institutions, as well as being responsible for another 30 exhibition acquisitions. She has also produced more than 500 film screenings for the Academy, international film institutions and festivals, including retrospectives, tributes and educational events. She has collaborated with the Deutsches Filmmuseum on several occasions, most intensively on the exhibition "And the Oscar goes to. 85 Years of &sbquo;Best Film'", which the Deutsches Filmmuseum realized in Frankfurt in 2012. Currently, Ellen M. Harrington is completing a major exhibition project on Latin American film culture from the 1960s to the present in collaboration with the Getty Museum. The polyglot US-American, who is fluent in French, Spanish and Italian, will also devote herself intensively to learning German in the coming months.

Nikolaus Hensel, honorary director of the German Film Institute since 2006, led the selection process, which lasted several months: "In Ellen Harrington, we have found the ideal candidate to head the German Film Institute. Her worldwide network, her professional expertise and her management experience will enrich the house. I am certain that the internationally positioned city of Frankfurt am Main offers an excellent cultural environment for Ms. Harrington's work."

Ellen M. Harrington will personally introduce herself to the public at a press conference in January and will also be available for interviews from that time on