Finally a home again: Frankfurterin fights for new U60311
from FFM Aktuell 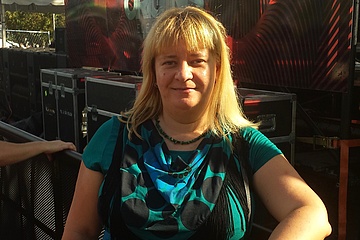 Olga Ewert from Frankfurt has a big goal in mind for three years now. She would like to reopen a club in the premises of the former Elektroclub U60311. „This place means something to me. He's got a story. The acoustics there were unique“, she still enthuses today. Since the closure  at the beginning of 2013 the premises are empty. Only a few spooky legacies of the former operator tell of the eventful past of the area. An intolerable condition, Olga Ewert finds.

2015 she finally launched a petition, wanted her club, her U60311 back. More than 5000 people have signed. In April 2013, she suggested a museum for electronic music to the former operators of the U60311 in the premises and wanted to re-establish the site as a venue. Alex Azary, Talla 2XLC from Technoclub and Stefan Weil were also involved in making Frankfurt, one of the birthplaces of techno, finally a place where the history of electronic music could be experienced. Their plans, however, are still a long way off today: the opening of the MOMEM, a museum dedicated to electronic music, in the intermediate level of the Hauptwache was actually planned for this year. The delay of the start due to construction measures of the transport companies is annoying, but at least the MOMEM is regarded as desired and approved by the city. Olga Ewert, who does not regard the project as a competitor, is also happy about this. „On the contrary: We are all united by our love of music. The wish of all U60311 fans and the operator of the MOMEM is to realise the Museum für elektronische Musik an der Hauptwache as well as to use the premises of the U60311 as an event location.“

For the future use of the U60311, however, the city, as the owner of the site, has remained silent so far. Olga Ewert, who wants to rent the space together with a business partner, is in constant negotiations with all those responsible, but she doesn't really want to do anything about it. Some are critical about opening another club in the middle of the city. “Many also simply have prejudices“, says Ewert. The music should not be pushed to the edge. Issues such as appropriate closing times in order not to affect the operation of the shops could ultimately be discussed. For years, Frankfurt was considered one of the pilgrimage sites for fans of electronic music from all over the world. „The U60311 was known beyond the country's borders and was mentioned in the same breath as Detroit and Berlin. If I want to leave today, then I have to travel, for example to Amsterdam. Here it is possible to experience the music in the middle of the city. Last but not least, this is an economic advantage. A club like the U60311 would also attract tourists, I am convinced“.