Finally back Wäldchestag - Frankfurt's traditional festival is back
from FFM Aktuell 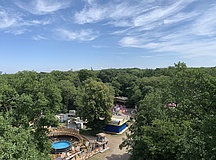 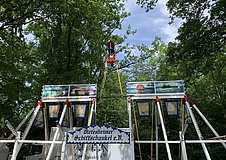 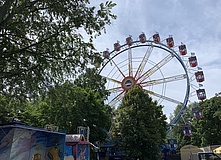 It may not be Frankfurt's oldest folk festival, but it is one that organizers, showmen, as well as Frankfurters are particularly close to their hearts: The Wäldchestag! Goethe was a favorite guest here, as were Friedrich Stolze, Felix Mendelssohn Bartholdy and Wilhelm Hauff. And also the German nobility enjoyed themselves at this festival. And for good reason, after all, a folk festival of this size, held in the middle of a forest, is still unique in Germany today. However, this also presents the organizers with new challenges time and again. For example, the forest area has changed considerably in the last two and a half years, and the planning had to be adapted accordingly. After all, damage is to be averted as best as possible from the forest.

Despite a comparatively short planning period - the implementation of Wäldchestag 2022 was only finally signed off in March - everything is going according to plan shortly before the starting signal. And for the team of Tourismus + Congress GmbH around Thomas Feda, a very exciting preparation is coming to an end. "For us, it is one of the most emotional festivals in Frankfurt," Thomas Feda tells us during a press tour of the festival grounds. "After all, what city has its own holiday?" . It's a pity that the actual Wäldchestag - Tuesday - plays a subordinate role in the festivities. The city has taken this as an opportunity to look for tradition keepers who would take up again the old custom that on Tuesday at noon, companies and retailers in particular had given their employees the day off to go (together) to the Wäldches. Until the early 1990s, it was quite normal in Frankfurt that offices and stores had closed on Wäldchestag from early noon.

Whoever resumed this tradition, appropriate posters were prepared for the office or store door, which can be printed HERE. As part of the "Back to the Roots" campaign, texts have also been prepared for answering machine and e-mail absence notes. Who knows, maybe this is the starting signal for the return of a genuine Frankfurt tradition.

At the fairgrounds, 120 booths and rides await visitors of all ages. A highlight is of course the Ferris wheel, from which not only a great view of the fairgrounds, but of the whole city and the surrounding area is offered. But also a roller coaster, the popular wave ride, a mirror maze, the break dancer, a ghost train, as well as various children's rides are in the versatile offer. And of course live music may not be missing. On different stages a colorful program is offered, from Schlager over country, rock, to soul and karaoke. Also some DJs will give themselves on the stages the honor.

In the summer gardens - for example that of the festival hall Hausmann or at the rainbow arena - the wonderful environment can be enjoyed with food and drink particularly well. The journey is recommended primarily by public transport (streetcar line 21 + special line 20, bus line 61 and 80) or by bike. A bike area has been set up between Am Oberforsthaus and Schützenhaus for the safe parking of bicycles. Per bike, parking here costs 2 (adults) or 1 euro (children's bike / bike trailer).

Please note: Parallel to the Wäldchestag takes place on Saturday and Sunday in the Deutsche Bank Park also the World Club Dome. Therefore, parking spaces are in short supply. But also in the busses and trains it could be a bit more crowded. Plan that with your journey necessarily with!

Noch a short word about the prices: Although the showmen and stand operators have significantly higher costs than at the last Wäldchestag 2019, the additional costs will not be passed on to the visitors. Apart from minor adjustments, the price level at stands and rides will remain more or less the same as in 2019. Thomas Roie, chairman of the Schaustellerverband, comments. "It was a difficult decision for us. But what good is it to us if the carousel ride becomes so expensive that no one can afford it anymore?" Rather, the hope is that the higher expenses can be offset by more public traffic on the four event days. Thomas Feda hopes that well over 100,000 people will come to the return of the Wäldchestag after the long Corona break.

Open is the Wäldchestag on Sat + Sun from 12 to 01, as well as Mon + Tue from 12 - 0. All other info can be found at: https://www.frankfurt-tourismus.de/Entdecken-und-Erleben/Feste-Veranstaltungen/Waeldchestag2