Frankfurt and Offenbach - Together against Corona
from FFM Aktuell 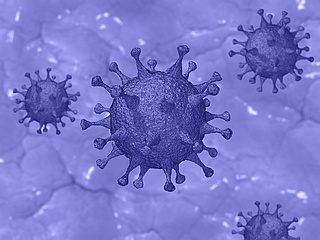 (ffm) The number of Corona cases is rising! On Friday, August 21, Offenbach cracked the critical mark of 50 new infections per 100,000 inhabitants in the so-called 7-day incidence, and is currently the most affected region nationwide. In Frankfurt, there are also significantly more cases. Last Thursday, the 2nd warning level of the prevention and escalation concept of the state came into force in Frankfurt.

For the mayors of the two cities, Peter Feldmann and Felix Schwenke, it is clear: The fight against Corona can only be won together. On their initiative, Frankfurt and Offenbach have agreed on a comprehensive cooperation in a telephone conference. The one-hour conversation was also attended by head of health Stefan Majer (Frankfurt) and head of health Sabine Groß (Offenbach), who had already been in regular contact on the subject of Corona in recent months.

Feldmann says: "It is unfortunately the case that the virus does not stop at city borders. We Frankfurters would do well to take a close look at how Offenbach is dealing with the crisis - and whether certain measures can also be transferred to our city."

"A coordinated approach is in the interest of both cities," Schwenke says. "It is difficult to convey to citizens why it is forbidden on the Kaiserlei what is allowed in Oberrad."

Concretely, the city leaders and the health department heads agreed that the specialist departments will exchange information about decided and planned measures more intensively in the future. Also planned: The development of a communication strategy to make citizens aware of the difficult situation across the city. For this purpose, a joint communication group was founded, which will meet for the first time on Tuesday, August 25.

Together against Corona - also from the point of view of the health department heads the right way. Stefan Majer (Frankfurt): "Our Corona management staff is doing an excellent job. Through regionally coordinated measures, our approach becomes even more tailored. In contact tracing of new cases, our health departments have already been cooperating in an excellent way since the beginning of Corona. We now want to expand that cooperation to other areas."

Sabine Groß (Offenbach): "We are the first city in Germany to exceed the critical value of 50 new infections per 100,000 inhabitants without a major local event being responsible. Frankfurt can learn a lot from us - and we from Frankfurt."