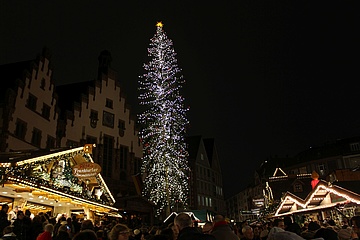 After days of trepidation and hope, it is now a certainty: the Frankfurt Christmas Market will not take place this year. One of Germany's oldest and most popular Christmas markets will have to bow to the Corona pandemic. In view of the increasing number of infections in the Main metropolis, it is simply not possible to hold a Christmas market that attracts many thousands of visitors from Frankfurt and the entire surrounding area every day. It is true that work on a hygiene and safety concept had been underway for a long time, which would have made the Frankfurt Christmas Market possible even in times of pandemic. For example, it was planned to spread out the market by extending it beyond the Hauptwache along the Fressgass to the Opernplatz. In addition, fewer stalls were planned overall, with demarcated areas for eating currywurst, mulled wine and co.

However, after the infection figures in Frankfurt have steadily risen sharply and the 7-day incidence had clearly exceeded the mark of 100, it was clear that the implementation would have to be reconsidered. The magistrate had already met on this last Friday, but had postponed the decision until Tuesday. After the 7-day incidence on Saturday jumped to now 176.1, the meeting of the crisis team was then brought forward from Tuesday to Saturday after all.

In addition to some tightened measures, the meeting also decided to finally cancel the Frankfurt Christmas market. The Christmas season in Frankfurt - it will be a very different one this year. Let's hope this will remain a one-time exception.