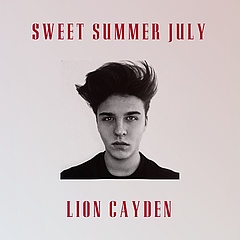 Finally there is a new promising DJ talent in Germany: Lion Cayden (singer, songwriter, DJ and producer) is a young musician from our beautiful Frankfurt am Main.

Lion's musical training on the piano began at the age of 6, quickly becoming an excellent pianist over the course of the following years. This work on the piano included both classical and contemporary music. At the age of 10 he was already composing his own pieces of music and presenting them to audiences both at school and in music clubs. He was very influenced during this time by his music teacher, among others, who was able to inspire him especially for jazz during this time. In his younger teenage years, Lion's passion for music and its compositions deepened, he learned various instruments and began to underlay classical elements of the piano with electronic beats.

Within the last 5 years, Lion refined his music work and released several songs that made it to the dance charts. Still under his old stage name "Lion Rose", he had his first chart success with "Flowers", which reached #2 on the Dutch charts.

LION CAYDEN's brand new melancholic summer chillout dance single "Sweet Summer July" was released on July 28, 2017 as a digital 2-track single including an instrumental version. We're keeping our fingers crossed for the Frankfurt lad to make it to the top with this song.