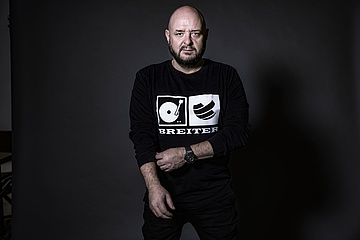 With his events, the Frankfurt event entrepreneur Bernd Breiter brings hundreds of thousands of people to celebrate every year. In addition, events like the WORLD CLUB DOME employ many people. But now Breiter is calling for a standstill - in the form of a video that has spread virally in no time at all.

From "play" to "pause". Almost from one moment to the next, life as we knew it before was paralyzed. Complete standstill. All over the planet. The most valuable good was taken from us: life in freedom. Meeting friends for a beer? Impossible, captain. A romantic dinner at your favourite restaurant followed by a movie? Impossible. Partying in the best clubs in town or the biggest festivals in the world? Impossible. Freedom is not given to us by God, but has been hard-won by many generations. We realize that now. And while public life has been reduced almost to zero and 99 percent of the population is at home, they turn their lives upside down to save lives: doctors, nurses, orderlies, supermarket workers and bakers. As a thank you for their tireless efforts, the Frankfurt event entrepreneur Bernd Breiter has produced a highly emotional goose-pimple video and posted it on the Internet with exactly that message: Thank you! And: Stay at home. A video that not only gets under your skin, but also through the ceiling! </I never expected that this video would spread virally so fast", says Bernd Breiter, event entrepreneur from Frankfurt. The visionary worked for four nights on the two-minute clip that is currently conquering the online world. In less than twelve hours it was accessed more than 150,000 times on Facebook, Instagram, YouTube & Co. Bernd Breiter, who with his team implements events with around 400,000 visitors a year, appeals to people's common sense to avoid contact with others - however difficult this may be for each individual. "This is the only way we can contain the spread of the virus´" says the 49-year-old. "And I am absolutely convinced that in the future we will enjoy life much more intensely and appreciate the values that were not simply given to us by God. The freedom that many generations before us have fought for will then no longer be something we can take for granted," says the family man. Breiter, who unites many thousands of people across genres, borders and generations with his videos, knows how to convey things emotionally and get to the point. "The world stands still" is not to be understood as an advertising message for our events - which is also understood correctly without a doubt on the basis of the large number of comments from users from the most diverse industries, networks and social structures.

The whole world in offline mode - and online life is pulsating. Streaming services are celebrating a boom, and social media channels are also recording record click rates. No sooner has Bernd Breiter put "The world stands still" on the WWW than the number of hits skyrocketed, and user comments make you think and move you to tears. Whether young or old, sportsman or presenter, DJ or scientist, employee or entrepreneur - Bernd Breiter succeeds in building bridges across generations and industries with this video.