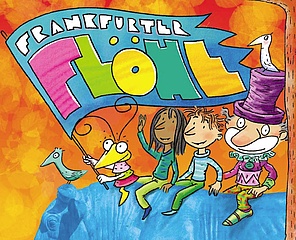 (kus) Pirates and princesses, clowns and circus directors - in the Fastnacht month of February, the Frankfurt Fleas presented themselves colorfully.

Some of the many theater performances are already suitable for two-year-olds, so the Theater Mär from Hamburg shows a stage adaptation of the picture book "One two three animal" by Nadja Budde on February 24 in the Protestant Paul Gerhardt Church in Niederrad. For the older ones Oliver Steller from Cologne presents poems for children in the children's house Gallus on 1 February and clown Otsch offers an amusing approach to the natural sciences with his "Jungle in the laboratory" on 17 February in the children's house Nordweststadt.

Language and theatre are closely linked - but it also goes differently: completely without words Ingrid Irrlicht lets a whole circus performance go over the stage on 10 February in the children's house Fechenheim. The energetic help of the audience is needed. The fairy tale "Hans im Glück" will also be presented pantomimically by the theatre duo Schreiber und Post on 23 February in Nied.

A highlight is the new play in the series "Theater für Alle - Theater zweisprachig": Cargo Theater from Freiburg will be showing the play "Bakari und der Wind" in French and German on Sunday, 19 February, at 3.30 pm and on Monday, 20 February, at 10 am. To understand it is quite sufficient to know one of the two languages.

Admission to the theater performances is two euros for children and four for adults. Frankfurt Pass holders pay half price. All info and the program of the Frankfurt Fleas can be found at