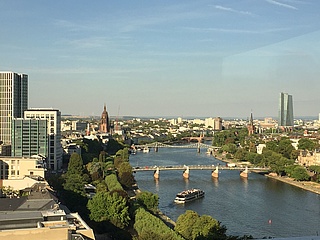 That's good to read: Of all the cities in Germany, our beautiful Frankfurt has the highest quality of life. At least that's what the trade magazine "The Economist" says, which has now published its annual city ranking. For the internationally highly regarded list, every year around 140 cities are compared with each other according to various criteria such as infrastructure, education, health care, stability or even culture. No German city made it into the top 10. Hamburg, which was ranked 10th in 2017, only makes it to 18th place this year. Frankfurt, on the other hand, was able to improve by nine places and is now the best German city internationally in 12th place.

The most livable city, according to the ranking, is Vienna, followed by Melbourne, Osaka in Japan, Calgary in Canada and Sydney. Australia is thus represented twice in the top 5. As for Germany, you have to look outside the top 20 for Frankfurt and Hamburg. Munich has moved up two places to 21st, while Berlin has dropped from 24th to 25th. And finally, Düsseldorf has secured a place in the top 30 at 28th, which is still a four-place improvement on last year.

Overall, European cities are performing worse than in previous years. So it's all the nicer that the quality of life in Frankfurt seems to have improved and that the Main metropolis is almost scraping into the top 10. Who knows, maybe next year the people in charge at the Economist will also realize what we've known since before Friedrich Stoltze: Es will merr net in mein Kopp enei, wie kann nor e Mensch net von Frankfort sei!