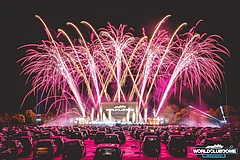 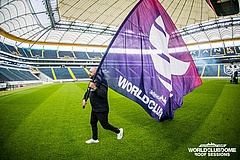 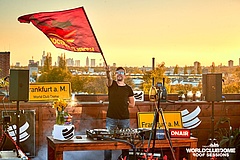 With his event company BigCityBeats, Bernd Breiter would actually have brought the WORLD CLUB DOME - and with it thousands of electronic music fans - to Frankfurt again this year. But the Corona virus put a spanner in the works for him as well. But if there's one thing Breiter is known for, it's new ideas - and he inspires with them even in these very difficult times for the event industry. Just last week he was celebrated in the international press for a special BigCityBeats coup: ABC News, Daily Telegraph Australia, DJ Mag UK, Glamour, Mixmag UK, N24, Newsweek, New York Post, Pro7, RTL, Sat.1, WAZ, Weekly Times, Welt, Yahoo News and many more have reported enthusiastically on the world's first club in a drive-in cinema!

With BigCityBeats, Breiter has made headlines many times over, transforming the biggest football stadiums into the biggest clubs in the world. Cruise liners were transformed into floating club hotels on the Mediterranean or the first club was built in zero gravity. But his biggest coup to date was certainly training ESA astronaut Luca Parmitano to be a DJ and the first "club" on the ISS, with the first DJ set from space.

And now, visionary Bernd Breiter and his team have just once again proven the creativity that BigCityBeats now stands for worldwide: The BigCityBeats WORLD CLUB DOME Drive-In Edition - the first drive-in cinema to be converted into a club. And the idea hit the spot - two shows were sold out in just one hour! 2,000 WorldClubbers witnessed this unique experience, which was broadcast live on "arte concert" as well as on dozens of social media channels.

With the weekly Roof Sessions, BigCityBeats has also been bringing world-renowned top DJs to the roof terrace of its headquarters in Frankfurt, as well as BigCityBeats Radio, every Saturday from 4 p.m. since the beginning of the Corona Crisis, sending the livestream to hundreds of thousands of WorldClubbers around the world. Bartender Ilias Kousis from BarPhilosophy will create the most unusual cocktails live on stream - while star chefs will conjure up brilliant menus. Because the weekend feeling includes, in addition to good music, a good drink and excellent food.

It doesn't stop there: with the first-ever stadium event in the Corona Crisis, the organiser put forward a concept that had never been seen before: the deserted Commerzbank Arena in Frankfurt, with a top DJ act, in the middle of Eintracht Frankfurt's kick-off area. The impressive pictures from a 4K drone camera went around the world and were streamed 2 million times. Gestört aber GeiL and BCB resident DJ Le Shuuk in the aftermath thus make music history.

A completely unintended success was also the advertising-free video "Die Welt steht still". Bernd Breiter's tribute to all those who work in system-relevant professions and keep our lives going. After the sensational success in German-speaking countries (1 million streams), Breiter also created an English version. More than 5 million views in total worldwide! Celebrities from the fields of music & culture, show & entertainment, sports & business, politics & science commented and shared "The World Is On Hold" and made the two-minute clip an attention-grabbing world success!

After the opening success, there will be further editions of the BigCityBeats WORLD CLUB DOME Drive-In-Edition at the Düsseldorf drive-in cinema:

Tickets are available at: worldclubdome.com/drive-in