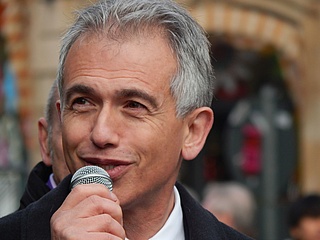 Now, after all: the pressure on Frankfurt's Lord Mayor Peter Feldmann has grown in recent weeks to such an extent that he has now declared his intention to resign from office in January 2023. In addition, Feldmann has published today, Tuesday, the following statement:

"I declare that I apply in January to end my term of office at the end of the month. In doing so, I would like to spare the city of Frankfurt an agonizing and expensive deselection process - and take the opportunity to bring my official duties to an orderly conclusion after more than ten years now. I will hand over an orderly house.

This step has been very difficult for me. I love my job and wouldn't want to miss a single day of it. I never wanted the office for its own sake, but to shape. To make the lives of the people of Frankfurt better - especially those who are not in the limelight.

During my term as Lord Mayor, Frankfurt has become more social, ecological and modern. The rent freeze at ABG and the rent freeze at Nassauische Heimstätte are achievements for the ordinary people of our hometown. The increase in quotas for affordable housing and the commitment to the construction of affordable housing are inextricably linked to this.

I stand for the opening of the Main riverbank for the people and for culture and sports on the Main. The fact that quite a few projects could be advanced with verve by the citizenship, for example by the bicycle decision, pleases me and is an expression of a committed and plural public.

Our international Frankfurt stands today brilliantly - and for the fact that we understand our diversity not as a threat, but as a great opportunity. This is also represented by the even more international orientation of Messe Frankfurt and the stronger ties we have forged with our partner cities, since 2016 also to Philadelphia, the American cradle of democracy.

The gradual abolition of all municipal education fees, especially for daycare centers and crèches, I will resolutely and persistently advocate until the last day in office. The opening of the Römer and the Paulskirche for many people and the view of the city districts have proven their worth.

At the beginning of my second term in 2018, I made the renovation of the Paulskirche and the 'House of Democracy' a topic - both will reach a climax with the anniversary celebrations in the coming year. For me, strengthening democracy and the participation of everyone in our city remains a challenge. I must honestly admit: It hurts my soul not to be able to be present as mayor at the anniversary next year.

I am pleased that the cultural landscape has also been strengthened in the past ten years - for example, with the Historical Museum, the new Old Town or the Romantic Museum and the Momem, which have caused an international sensation.

I appeal with today to all those responsible in the city and the people of Frankfurt: let's approach each other again, let's listen to each other and let's leave the well-trodden paths of blame and personalized accusations. Let us again put the struggle for the best way for our city at the center of the dispute!

Frankfurt is ready for this.

It is important that the outstretched hand is taken by both sides in free decision. It is important to me with unions, citizens' initiatives, NGOs and all committed forces in the city to continue to fight so that the middle class and socially weaker people in the difficult economic situation do not fall under the wheels. We will continue to build on Frankfurt's economic strength, while at the same time using it to protect people from social hardship.

Frankfurt is ready for a new start."