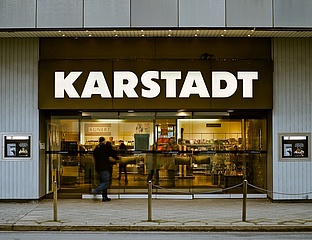 Galeria Karstadt Kaufhof GmbH had recently announced that 62 of its 170 stores in Germany would be closed. The retail chain, which was already struggling even before the Corona crisis, could only save itself from final bankruptcy by closing down. Now it has also been announced in which stores in Hesse the lights are to go out. In Frankfurt, it affects the Karstadt on the Zeil, as well as the branch in the Main-Taunus-Zentrum in Sulzbach. In addition, the Kaufhof stores in the Hessen Center in Frankfurt-Bergen-Enkheim and in Fulda will be closed. The Verdi trade union fears that around 6,000 employees nationwide will lose their jobs as a result of the closures.

The Corona crisis had cost the group around 500 million euros. This has exacerbated the already existing financial problems. Even if the clear-cutting is not quite as extreme as initially feared, when it was said that 80 branches of the department store chain would have to close, the loss of these traditional houses for city centres and shopping centres is still enormous. At the Konstablerwache in Frankfurt, the closure of the Karstadt branch will create a hole that will first have to be filled. This could also affect the attractiveness of the Zeil as a whole - if only because a vacancy of this magnitude simply does not look nice.

But first and foremost, of course, the closure is a disaster for all employees who are already suffering from the effects of the crisis. Verdi has expressed hope that the number of store closures might be further reduced. A minimal glimmer of hope - but for far too few of the employees affected.