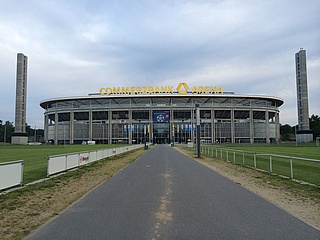 As Eintracht Frankfurt confirms, the premium partnership with Deutsche Bank that has existed to date will be deepened and expanded - and this will continue until 2027, making this exclusive partnership a long-term one. As a result, the sports park in the Stadtwald will be renamed Deutsche Bank Park - and with it the Commerzbank Arena: until at least June 30, 2027, all of the Bundesliga football team's events, concerts and matches will take place in Deutsche Bank Park. However, many Frankfurt residents are unlikely to care, as for them the stadium is still the Waldstadion - and will probably always remain so.

But the partnership between Eintracht and Deutsche Bank is set to extend beyond sports sponsorship and naming rights. In addition, new digital business models and products are also to be developed that will play a role in people's everyday lives far beyond today's stadium experience.

Eintracht Frankfurt and Deutsche Bank also confirm that there is an option to extend the contract beyond the seven years. Both parties have agreed not to disclose the amount of the annual sponsorship costs.

Due to the current Corona crisis, Eintracht Frankfurt and Deutsche Bank intend to jointly provide more comprehensive information on the cornerstones of the partnership and the concept of Deutsche Bank Park at a later date.

Eintracht Frankfurt would also like to thank Commerzbank for its exceptionally good cooperation over the past 15 years.