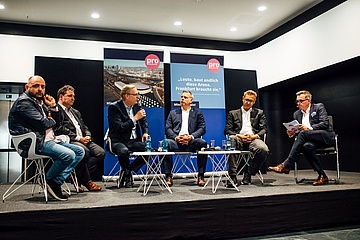 It is firmly anchored in the coalition agreement of the Frankfurt city government, yet it is currently leading to discussions in parliament: the planned construction of a multifunctional arena. The Initiative „Pro Multifunctionarena Frankfurt“ therefore invited to a round table discussion in which supporters of the project presented their views on the chances of the arena and also highlighted criticisms from those who question the need for such an arena. The panel guests included Markus Frank, Head of Sports, Jörg Schaub, Managing Director of the FrankfurtRhineMain Economic Initiative, Dr. Gunnar Wöbke, Managing Partner of Fraport Skyliners, Andreas Stracke, Partner of Löwen Frankfurt, and Bernd Breiter, Managing Director of BigCityBeats GmbH and host Steffen Ball, initiator of the Pro Multifunctional Arena Frankfurt initiative.

The tenor of the discussion was clear: The FrankfurtRhineMain metropolitan region needs the multifunctional arena - for a variety of reasons. “It creates new jobs, leads to a significant increase in tax revenue, would be the new home for Fraport Skyliners' top basketball, a home base for the Leuven Frankfurt and could bring world-class cultural events to Frankfurt“, Markus Frank noted. The hall is indispensable for Frankfurt to live up to its reputation as a European metropolis. “We need the Arena to further establish Frankfurt as a city of sports, culture and events in Germany and Europe.“

Jörg Schaub from the Economic Initiative FrankfurtRhineMain emphasised that the hall would be an enormous benefit for Frankfurt as a business location: “Trade, gastronomy, hotels, tourism - important economic sectors in the region would benefit from it.“ calculations assume more than 300 new jobs and an annual added value of 50 million euros. Trade tax and parking revenues would be shared between the two cities, and the investors would have to finance the project themselves and operate it without subsidies.

The main beneficiaries would be sports in the region. “Top basketball in the Bundesliga and Europaliga in front of more than 10,000 spectators - that is our claim. Without a new multifunctional arena, this project cannot be implemented in competition with the many modern first league locations in Germany“, explained Dr. Gunnar Wöbke of Fraport Skyliners. „For the basketball location Frankfurt, the construction of the new halls is without alternative and vital for survival. The Skyliners want to become one of the best four basketball teams in Germany “ For the Löwen Frankfurt as an anchor tenant, a new venue would offer the elementary opportunity for further development in order to qualify for the DEL as quickly as possible and establish themselves at the national top. “A multifunctional arena would also bring a large increase in spectators“, Andreas Stracke is certain. “The almost 40-year-old ice rink is no longer ideal as a venue, with the move to the new arena we could stage ice hockey even better and offer a great spectacle."This would also probably benefit our own junior staff - the third largest young ice hockey player in Germany - in terms of training times.

For the event industry, a multifunctional hall in Frankfurt is also of great importance. Bernd Breiter from BigCityBeats explained that the existing halls such as the Festhalle, Ballsporthalle, Eissporthalle and Jahrhunderthalle were sometimes too small. “We have to build the arena to further promote and develop the sports and cultural scene in Frankfurt and the region.“

More info can be found at: www.arena-frankfurt.de 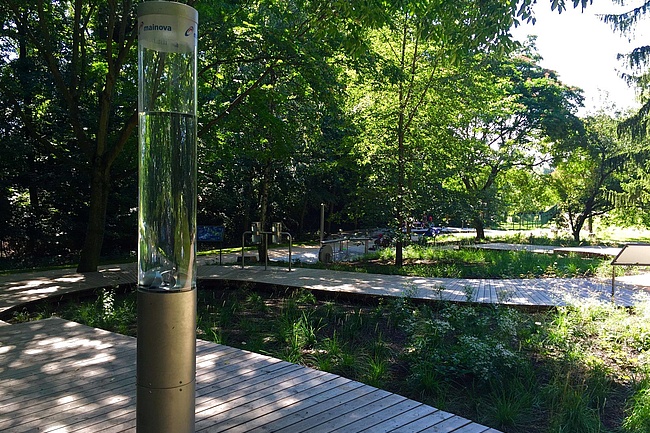 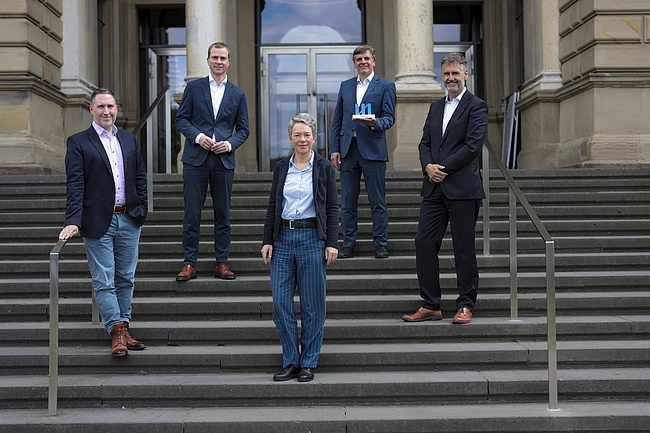