"Heartbeat": Premiere of the new track by Frankfurt's FR3DO and GREGINHO
from FFM Aktuell 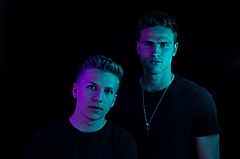 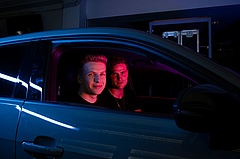 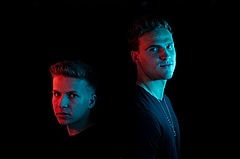 Frankfurt DJ FR3DO premieres his new track this Friday. After two Visions Sunset streams - from the roof of the multi-storey car park at the Messe and from the Oosten - as well as a track released in February, which has been extremely successful with 25,000 streams so far, FR3DO is now launching the new track "Heartbeat" in collaboration with Frankfurt musician Greginho. The slap house style track was born out of a chance acquaintance: After FR3DO and Gregor Westphalen aka Greginho, who has been producing music for about two years, had communicated via the social network app Clubhouse in a few talks, they met for the first time a short time later. It quickly became clear that the two were on the same wavelength musically and it wasn't long before the first ideas for a collaboration were exchanged. The result is really worth listening to.

"The track is a bit more commercial than my first release", FR3DO tells us and reveals another interesting detail about the song: The two performers recorded their heartbeat and incorporated it into the track. And they are also working hard on a video. This should be finished in the course of the next few days and then be dropped in about a week. And that's not all, because it's not supposed to stop at this one collaboration. FR3DO and Greginho still have ideas for more tracks to come in the near future.

You can hear the song tonight from 9pm on Planet Radio, where FR3DO will be DJing for an hour. You can also listen to "Heartbeat" now on Apple Music, iTunes, Amazon, Tidal, Deezer, and all other popular streaming platforms. And of course HERE on Spotify