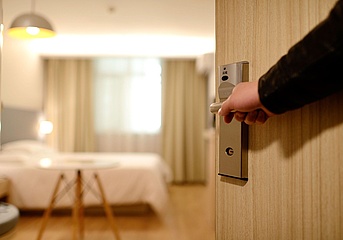 The Corona pandemic is putting a huge strain on many industries, including the hotel industry. This was made very clear in Frankfurt recently when news broke that the Grandhotel Hessischer Hof would be closing. Now there is more dramatic news: Tidal Operations Germany GmbH (TOG) is insolvent. This also affects two hotels in Frankfurt, which the operator of a total of ten IHG hotels manages under the Holiday Inn, Holiday Inn Express and Crowne Plaza brands. The Holiday Inn Express Hotels Frankfurt Airport and Frankfurt Messe are part of the insolvency process.

But the houses will not be closed. The creditors' committee has decided that operations will continue at all affected hotels - with the exception of the Crowne Plaza in Heidelberg. However, this was already closed in the summer due to structural and technical deficiencies. A new operator is being sought for the other hotels. The chances are not bad, because even if the hotels in Frankfurt are currently suffering from the fact that no trade fairs are taking place and that air traffic is still severely restricted, the location of the hotels is extremely attractive in the long term.

As the portal tophotel.de reports, a new operator should have been found by the end of the year if possible. Meanwhile, the Intercontinental Hotels Group (IHG) has taken over the hotel management. We press the many employees*innen of the affected hotels that as soon as possible a new operator is found and the closure of the houses is averted.