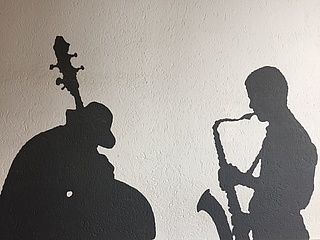 Frankfurt's cultural life has lost a very important figure: Eugen Hahn, the long-time owner and artistic director of the "Jazzkeller", has already passed away on Tuesday, December 22, 2020, at the age of 79 in Frankfurt am Main. Until the end, Hahn led the tradition-rich music club even in the difficult times, organized livestreams and did everything to maintain this legendary venue. After all, the Jazzkeller Frankfurt is considered one of the most renowned venues for jazz in the Federal Republic. It has made Frankfurt one of the most important locations for the German jazz scene. Head of Culture Ina Hartwig has received the news of Eugen Hahn's death with dismay and expresses her deepest sympathy to his relatives on behalf of the City of Frankfurt:

"With Eugen Hahn, the city of Frankfurt am Main loses one of the most important protagonists of its jazz scene and a great music enthusiast who emphatically shaped Frankfurt's musical profile as a nationwide jazz metropolis over many decades. In 1986 he took over the legendary &sbquo;Jazzkeller' and developed it into a nationally and internationally acclaimed institution. He brought world stars of jazz such as Dizzy Gillespie or Archie Shepp to Frankfurt, but always promoted young musicians as well. In his Berlin dialect, which he never quite gave up, and with his charismatic and inviting manner, Eugen Hahn introduced generations of Frankfurt residents to the big, wide world of jazz in the &sbquo;Keller' in Kleine Bockenheimer Straße. I condole his family from the bottom of my heart and sincerely hope that there can be a way to preserve Eugen Hahn's legacy to the city of Frankfurt am Main."

Eugen Hahn was born in Bochum in 1941. In 1944, the family moved to Brandenburg. Hahn subsequently grew up in East Germany and became interested in music at an early age, especially jazz and jazz rock. From 1961 he played in various East German bands. In 1968, he co-founded the Modern Soul Band with Gerhard Hugo Laartz, among others. In the mid-1980s Hahn left for West Germany with his then wife Regine Dobberschütz. Together with her, he took over the "Jazzkeller" in 1986, which was founded in 1952 by Carlo Bohländer and later managed by Willi Geipel and then the brothers Emil and Albert Mangelsdorff.

Since its founding, the cult music club has been located in an eight-by-eight-meter basement venue on Kleine Bockenheimer Straße. The Frankfurt-Tipp team would also like to express its condolences to the relatives of Eugen Hahn. We hope that his memory will be kept alive by the Jazzkeller for a long time to come.