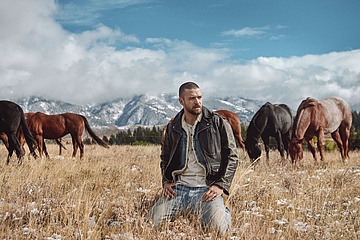 Who would have thought that the young teen heartthrob of the boy band *NSYNC would one day be one of the biggest superstars in the world? When Justin Timberlake celebrated chart success with his bandmates in the late 90s, everything actually looked like his career would vanish into thin air even with the end of *NSYNC. But far from it: Timberlake really took off solo. Several number 1 albums, gold and platinum awards, several Grammy Awards and also solid successes as an actor have made the former teen star a really serious artist who scores with his fans not only with talent, but also with charm and a good dose of self-irony.

Five years after his last album, the singer now presents his latest work with "Man of the Woods", which he will also present live on a big tour. And that will also take him to Frankfurt's Festhalle on 20 August. New songs like the catchy tune "Say Something", the soulful title track or the catchy pop number "Montana" will certainly be on the program as well as the big hits from the last albums - guaranteed embedded in a great show. Because that Timberlake knows how to carry away the audience, he has just impressively proven in the halftime show at the Super Bowl.

Presale tickets for the Aug. 20, 8 p.m. concert at Festhalle go on sale Feb. 12. But there are a few ways to get tickets now: