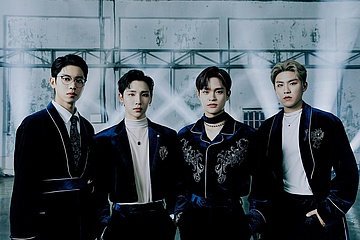 After the enormous success of the pre-sale for the first K-Pop Festival in Europe on May 14 at Deutsche Bank Park, the organizers have responded to the huge demand. In addition to Saturday, which sold out after a short time, the festival will now be extended to include a second day. Tickets for Sunday, May 15, are on sale from February 17, 10 a.m. at kpopflex.com and ticketmaster.de. Peter Kötting, managing director of organizer PK Events, which planned the first KPOP.FLEX mega-festival in Europe together with its partners in South Korea and England, is delighted with the such positive feedback from fans. The 44,000 tickets for the May 14 concert at Deutsche Bank Park in Frankfurt am Main sold out within seven weeks. "Now we can announce that there will be a second festival day directly on Sunday and a fan festival with Korean culture directly in front of the stadium on both days."

Since the announcement in mid-December, KPOP.FLEX has been causing enormous anticipation among fans of Korean pop music. For the new date on Sunday, May 15, the festival has so far been able to secure popular girl groups (G)I-DLE, AB6IX and IVE, who will thrill fans on both days. Boy band ONEUS will perform on Sunday, as will Monsta X, who will now perform on Sunday rather than Saturday (more on that below). Additional bands for Sunday have been requested and will be announced later.

The full lineup of K-Pop stars for Saturday, May 14, on the other hand, is already set. Following fan speculation on social media, KPOP.FLEX has announced that solo artist Kai of EXO & Super M and boy band AB6IX will join (G)I-DLE, NCT Dream, ENHYPEN, Mamamoo and IVE to ensure that the KPOP.FLEX premiere will be well received by fans.

KPOP.FLEX isn't just about the lineup, however, as fans will also have access to a special fan fest on the Deutsche Bank Park grounds. Kötting: "Our plan is to establish the festival as a hub for the European K-Pop community. Part of that is that we also want to bring Korean culture closer to the fans of the music and the bands. We deliberately chose Frankfurt am Main as the location for the first and largest K-Pop festival in Europe: The metropolis is very easy to reach internationally and nationally, many people from all over the world live here, who are also open to new cultural and music trends."

About the second day of the festival, Patrik Meyer, Managing Director of Deutsche Bank Park, says: "The appeal of the KPOP.FLEX festival is enormous, the K-pop wave is arriving in Europe. The fact that we can offer fans a second festival day in our modern stadium in Frankfurt, the heart of Europe, is a special highlight as we kick off the 2022 event season." Just last week, it was announced that the National Football League NFL will play games at Deutsche Bank Park in 2023. Meyer: "Frankfurt is in, innovative and international."

The pre-sale for the new festival day, Sunday, May 15, will then begin at 10 a.m. on Feb. 17. Tickets are available at www.kpopflex.com and through www.ticketmaster.de